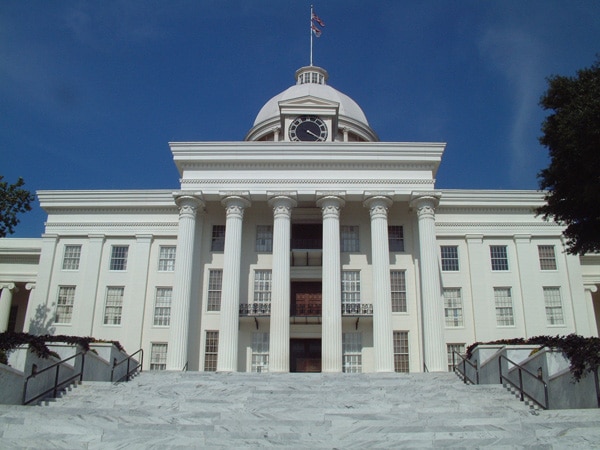 Steven Reed won last month’s mayoral race in Alabama’s capital city by nearly 35 points against a white opponent. Local blacks were ecstatic. “Tonight is important,” a resident told CNN, “as a person of color, from a place with the history that Montgomery has, to see the city being represented by a person who shares values and understands the history of the city and who understands the struggle of this space is a huge deal.” He said it was like President Obama’s inauguration.

Another black told the Montgomery Advertiser it was vital “to see a black man with the same face as my brothers, my father, my son.” This kind of racial solidarity would be unthinkable among the city’s whites.

The Advertiser wrote that many black residents thought past leaders had “left their needs behind.” They expect Mayor Reed to act differently. He doesn’t sound radical. He mostly talks about improving schools and attracting businesses, but this will be hard. Montgomery, the first capital of the Confederate States of America, is 60 percent black. In 1960, it was almost 65 percent white.

The city’s schools are 78 percent black. Students from Montgomery’s five main high schools have an average ACT score of 16, five points below the University of Alabama’s minimum required score, and not much higher than the 12 or so you would get from pure guesswork. Thirty-four percent of Montgomery’s high school graduates are considered college or career ready. A 2019 study shows that just 40.3 percent, 32.8 percent, and 26.3 percent of students are proficient in math, reading, and science respectively.

Many soldiers at the nearby Maxwell Air Force Base, home of the Air War College at Air University, refuse to send their children to Montgomery public schools. In 2017, more than 56 percent of the people who attended the Air War College left their families behind. The main reason was Montgomery’s bad schools. Former commander of Air University, Lt. Gen. Anthony Cotton, said it’s hard to recruit faculty because of the public schools. Many War College students who do bring their children send them to the base school until eighth grade. After that, they work second jobs so they can afford private schools.

Mayor Reed probably can’t solve these problems. However, he may remove local Confederate monuments. Earlier this year, a judge struck down an Alabama state law protecting them. Birmingham has already covered the inscription on a monument to Confederate soldiers.

Perhaps it’s fitting that Montgomery tears down its monuments. Whites can’t live in safety or send their children to a good local school. Those statues represent a Montgomery long dead. This collapsing city is a living monument to the black majority.