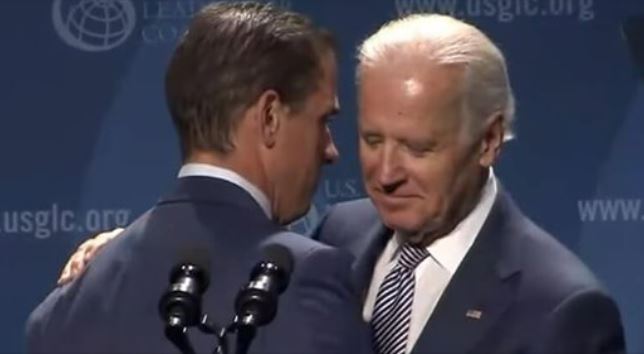 OPINION By Carmine Sabia at The Federalist Papers

Andriy Derkach, a member of the Ukrainian Parliament, has linked Hunter Biden to some $16.5 million in stolen money.

Former Ukrainian President Yanukovych is alleged, by the Parliament members, to have laundered $7.4 billion via Franklin Templeton Investments, a company with links to the Democrat Party.

“According to the suspicion, the Yanukovych family is suspected, in particular, with legalizing (laundering) of criminally obtained income through Franklin Templeton Investments, an investment fund carrying out purchases of external government loan bonds totaling $7.4 billion,” he said, Interfax-Ukraine reported.

“Another fund-related character is Thomas Donilon. Managing Director of BlackRock Investment Institute, shareholder Franklin Templeton Investments, which has the largest share in the fund. It is noteworthy that he previously was Obama’s national security advisor,” he said.

“President Zelensky must pick up the phone, dial Trump, ask for help and cooperation in the fight against corruption and fly to Washington.

“The issue of combating international corruption in Ukraine with the participation of citizens, businessmen and U.S. officials should become a key during the meeting of the two presidents,” the MP said.

“The subject of pressure was the $1 billion credit guarantee that the United States should have provided to Ukraine.

“Biden himself acknowledged the pressure in his speech to the U.S. Foreign Relations Council in January 2018,” he said.

He also accused former Vice President Biden’s son Hunter of stealing millions from the citizens of the Ukraine.

“The PGO document once again confirms the data I had previously published on Burisma and international corruption.

“According to Zlochevsky’s suspicion notice, Biden and partners received their $16.5 million for their services to Burisma.

“Biden received funds not due to the successful activity of Burisma or for brilliant business decisions or recommendations.

“This is the money of Ukrainian citizens. The funds were obtained by criminal means. That’s what they say in the PGO,” he said.