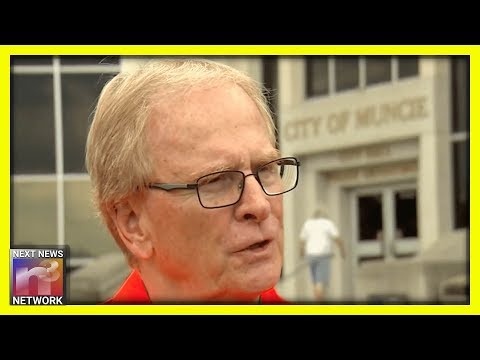 More often than not political corruption comes from the left.

That is not to say it doesn’t come from both sides of the aisle but it’s funny how Democrats keep getting caught over and over.

A Democrat Mayor of Muncie, Indiana is in deep trouble.

Another Democrat involved in corruption.

Another day, another crooked Democrat politician who is in the news for all the wrong reasons as another mayor has been nailed for corruption.

Federal agents descended on the home of Muncie, Indiana Mayor Dennis Tyler who was targeted in a public corruption probe and frog-marched the accused perp off in handcuffs.

Mayor Tyler who was indicted by a grand jury last week now faces charges for the theft of public funds or as the feds describe it, “steering lucrative excavation work to a local contractor.”

After being hauled off by the FBI, Mayor Tyler was released after entering a not guilty plea at his hearing but could face up to ten years in prison if convicted.

Tyler’s indictment document shows he faces one count of theft of government funds. He’s accused of accepting $5,000 from Tracy Barton, the former superintendent of Sewer Maintenance and Engineering for the Muncie Sanitary district, for using his influence for the purpose of awarding contracts. The business that ended up getting the contract wasn’t named.

Democrats may not commit more crimes than Republicans, but they certainly do get caught more.

The good news for Tyler is that he has a good chance of finding a cellmate who shares his political views.

If found guilty they need to lock him up and throw away the key.

America is sick of “white collar” criminals getting light sentences.