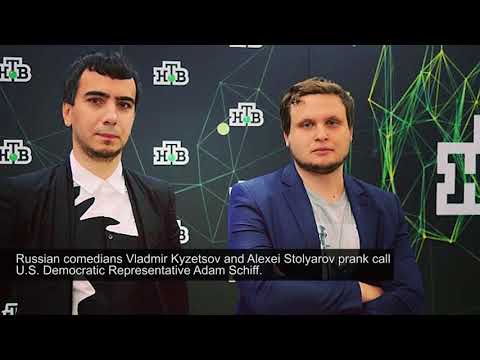 There is something definitely wrong with Adam Schiff, and his character defects are about to send him permanently into the American Political Hall of Shame.

In 2017 he was pranked by two Russian comedians who said they had compromising photos of Trump.

Would you say Schiff has been obsessed with taking down Trump for awhile?

He took the bait.

For those who have listened to this, or those who have not, it is definitely worth a laugh even the 2nd time around. The news of Schiff being duped didn’t break until about a year ago, but the call supposedly happened in 2017.

Sadly, this may have been the best evidence of any wrongdoing that Schiff could have obtained, and it was totally fake.

At the time, the media mocked Schiff.

In this audio posted on YouTube by Russian pranksters, Rep. Adam Schiff can be heard discussing claims that the FSB has naked pictures of President Trump. Assume these Russians are involved with intelligence operations.

The Daily Mail reports that Schiff sent his staff to try and collect “classified materials for the FBI” after the prank callers told him Putin has naked blackmail pictures of President Trump.

Schiff can be heard discussing the Russia investigation with a man who claimed to be Andriy Parubiy, the chairman of the Ukrainian Parliament.

He sent a team to collect the evidence?

Both Devin Nunes and Matt Gaetz have since mocked Schiff for being the vulnerable libtard he is.

Rep. Devin Nunes took a jab at rival Rep. Adam Schiff on Thursday by bringing up the time the Democrat thought he was talking to a Ukraine official who could get him Moscow-provided photos of a naked Trump.

It is believed to be the first time member of the House Permanent Select Committee on Intelligence, which Mr. Schiff chairs, referred to what has become the brunt of conservative joy on social media.

The 2017 phone call was a prank by Russian comedians Vladmire Kyzetsov and Alexei Stolyarov who convinced to Mr. Schiff, then the ranking member, they could obtain the damning photos.

The Florida Republican got his shot in at Schiff via a Monday tweet, where he included the edited audio of a 2017 prank phone call between the House Intelligence chairman and Russian comedians posing as former Ukranian Parliament Speaker Andriy Parubiy.

The House Intelligence Committee chairman said that “obviously” he would “welcome the chance” to obtain copies of the recordings.

Many of us have been obsessed with something, at some time, in our lives.

Some of us had had an unhealthy obsession blow up on us.

We have someone leading a presidential impeachment inquiry here that is totally biased and willing to listen to anything that will support his cause, no matter how ludicrous it seems.

This explains the parading of all of these “witnesses” who were witness to nothing and how Schiff tried to dig deep to salvage a fight that could never be won.

Adam Schiff needs to be out of office, so he can concentrate on… naked photos of children?

Corsi has been right before.

Who knows if this is one of those times, but one thing is for certain.

Corsi has more evidence in his claim than Schiff ever did.

Schiff should have called the Russian comedians to testify.

That was his best shot.