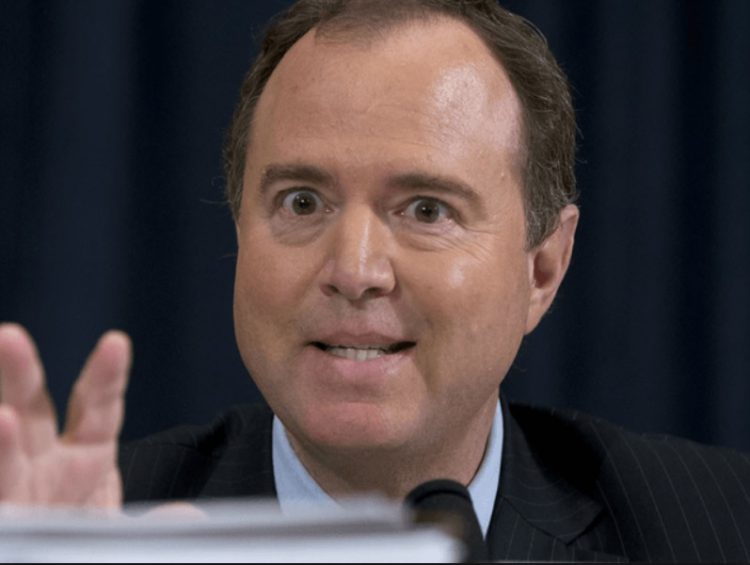 So, earlier this year, we reported on prominent Democratic donor Ed Buck and the fact that several men were found dead in his home from 2017 to January of this year.  In September, Buck was finally arrested after a third man, who each of these were black sodomite escorts, had overdosed in his apartment.  Due to his donations to Democrats, including Adam Schiff, the arrest became increasingly interesting and now, another sexual predator tied to Schiff has been arrested for asking a 9-year-old girl for nude photographs.

An Emmy-winning former medical correspondent for NBC was arrested for allegedly asking a 9-year-old girl to send him sexually explicit photos, according to new reports.

Dr. Bruce Hensel, 71, was charged Wednesday with asking the daughter of a friend through an online messaging app for the photos in August, the Los Angeles Times reported.

Hensel, who worked as the on-air chief medical correspondent for NBC New York and Los Angeles, faces one felony count of contact with a minor for sexual purposes.

Jim Hoft at The Gateway Pundit provided evidence of the ties to Schiff.

Here was video of the previous arrest of Buck.

#BREAKING: Democratic donor Ed Buck has been arrested and charged by @LADAOffice. Buck is accused of running a drug den out of his #WeHo home. @JeffMichaelNews has details on #KCAL9. #CBSLA pic.twitter.com/UxrYqptXO7

BREAKING: Here is video of #EdBuck being taken away by deputies following his arrest at his #WestHollywood apartment on drug charges tonight. @FOXLA pic.twitter.com/v9d4aLztgr

People were outraged when Buck was not arrested after the second victim died.

I'm quoting from Jasmyne Cannick's website. She's delved deep into the abyss of this man's depravity
Only a prominent Democrat contributor could get away with serial abuse and drugging of young gay black men and have virtually no mainstream media coveragehttps://t.co/mE21OYxqeK

Don’t Schiff and Buck look cozy together there?

Additionally, it does make one wonder if Buck hates black people.

Screenshots seem to indicate that he tosses around the word “nigger” carelessly.

Eric Bauman, chair of the Los Angeles County Democratic Party and California Democratic Party who claims to have been falsely accused of “engaging in inappropriate behavior with 14- and 16-year-old boys.” is seen here with Buck and Adam Schiff pic.twitter.com/ephueOHV2k

Considering that Adam Schiff is pretty close to these men and has received donations from Buck, surely he has been aware of what has been taking place.  If not, perhaps he should be checking out his “friends” a little more carefully.

And this is the man leading America on another bogus witch hunt against President Trump.

I wonder what we might find in Adam Schiff’s emails and phones if we were to go looking.