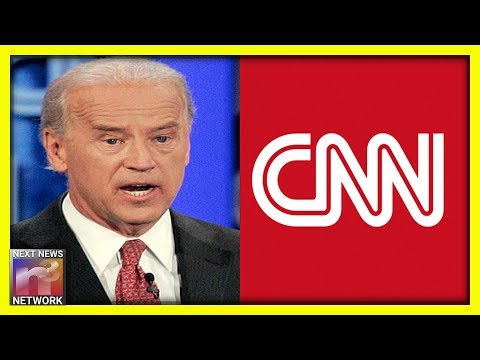 Has CNN been acting a bit high and mighty lately, or is it just me?

CNN is now, after bailing on Schiff, once again biting the hand that feeds them.

Anyone would bite the hand that fed them if they were starving.

I’m digressing badly, so let’s turn it over to Gary for the latest:

This is not something I say often, but CNN makes a valid point.

We conservatives are actually laughing as we watch the Democrats self-destruct.

Even before the MSNBC Democratic primary debate was finished on Wednesday, CNN was already live with their post-debate analysis. And during a day marked by hours upon hours of televised impeachment hearings, their analysts and commentators discovered that, in many ways, their obsession with impeaching President Trump was hurting their party’s primary process.

The first analyst to make the connection was former Obama adviser David Axelrod, who thought the debate was less exciting that the hearings themselves:

DAVID AXELROD: I have to say I think I’m having some sort of impeachment affect.

“I had the same feeling watching this. I was like, oh, those guys, they exist,” added host Anderson Cooper, seemingly quipping about realizing how the candidates were still around.

Former White House official David Gergen said he felt “heavily influenced too by watching the impeachment hearings all day. It made tonight seem a little flatter I think. It took some of the emotional drama out of the evening.”

He went on to argue that impeachment has highlighted the two true lanes in the Democratic race. “It’s not just the centrists versus the liberals. It is the people that put the emphasis upon healing and unifying the country versus those who want to fight and have a revolution,” he said.

According to him, those on the revolution side embodied “the worst aspects” of impeachment:

Personally, after the impeachment hearings, I’m looking for a healer first. I’m more drawn to that. I think people like Van represent that kind of politics as well. And I think it makes Warren — it increases the danger that she’s going to seem — she has plan for everything. She’s going to throw everything out, she’s going to start all over again. And it seems both impractical, but there’s a hectoring quality there that I think reminds you of some of the worst aspects of the impeachment.

With a different take on the damage impeachment was doing, former Virginia Governor Terry McAuliffe lamented that the public was beaten down by the day’s hearings and didn’t tune in.

“I don’t think it moved the ball much tonight to be honest with you. We can all say what we want. I don’t think– I think there is exhaustion with impeachment going on today. I’m not sure how many people stayed in — tuned in to the debate,” he explained.

To answer your questions McAuliffe, I think most people were done after Nunes’ opening statement, because that’s all they really needed to hear.

It’s not that you are overloading the people with too much information.

To the contrary, some people like lots of information.

It’s that you are overloading the people with too much BULL $HIT.

Americans are on to the Democrats, FINALLY, so why would they even bother tuning in to a debate that features more from The Party of Liars?

The Democrats are finally DONE it would seem.

Do you believe in precognition?

I think the munchkins may have been talking about Pelosi.

With all of this said, it’s too bad no one was watching CNN in their defining moment of truth.

If a tree falls in the forest and no one is there to hear it, does it make a sound?

I was asked that in a Philosophy course once and still don’t know.

Maybe a few people tuned in and saw CNN’s defining moment, but not enough.

Why would they tune in after what CNN has become over the years?