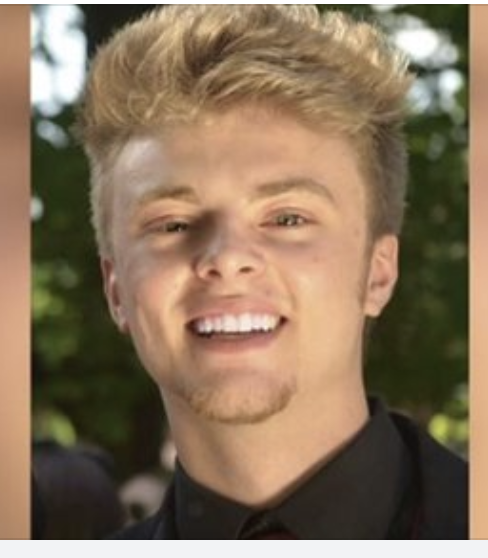 What’s life like in 83 percent black Detroit for a white person? Even for a white man just passing through? [Video shows Berkley man beaten to death after early morning car crash on Detroit’s west side, Fox 2 Detroit, July 22, 2019]:

DETROIT (FOX 2) – A 24-year-old man from Berkley was brutally beaten to death after a seemingly minor car crash on Detroit’s west side early Monday morning. The crash and beating were caught on surveillance video from a nearby gas station.

Tyler Wingate is remembered for his contagious smile, good spirit, and loving character. His friends said that he was known for – before his life was violently taken early Monday morning.

Police haven’t been able to say what caused the crash but say Tyler was driving a 2011 Buick Regal when he collided with a 2007 Chevy Impala.

Surveillance video from a nearby gas station showed the unidentified driver walk up to Tyler and punch him in the face. Several witnesses standing nearby watched Tyler drop to the ground.

Much of the video is too graphic to show, but, at one point, Tyler tried to get up but the punches and kicks continued.

A witness was able to pull the man off of Tyler, and the man even appeared to try to swing at that witness. Then everyone but Tyler walked away as they left him to die.

“It’s terrible. It’s terrible. That could be anybody’s family member. You don’t want that to happen to anyone,” witness Juan Williams said. “It’s unfortunate, very unfortunate. No one wants to see a life lost.”

Tyler’s friends said the young man came from a large, loving family and befriended and helped everyone he could. They said he moved to Detroit because he believed in the city and knew it would continue to rise.

A GoFundMe has been started in Tyler’s name. It raised almost $7,000 in 3 hours.

Now, friends say the entire city of Berkley is heartbroken as Detroit Police search for the driver. He’s described as a tall black man with a skinny build. They’re unsure if he knew Tyler before the crash

Detroit Police are asking anyone with information to call them or CrimeStoppers at 1-800-SPEAK-UP.

Could you even imagine, for just a second, the absolute racial hysteria the corporate media would be pushing if in an 83 percent white city a black motorist was beaten to death by a white male, and then left for dead as multiple white people watched and did nothing?

The entire world would come to a screeching halt to cover this story, and it would be a catalyst for shaming all white people for the horrific crime.

As it is, would you have even read about this story were it not for Unz.com?

Tyler thought he could help make 83 percent black Detroit a better place, but western civilization long ago retreated from the metropolis once known as The Paris of the West.