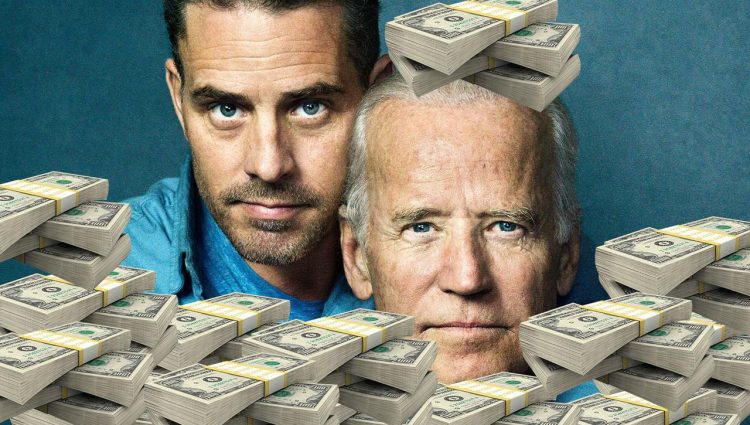 It stands to reason. That’s what the treasonous Democrats do – accuse their opponents of what they themselves are guilty of. Just like the Russia collusion hoax.

President Donald Trump’s personal lawyer made the explosive allegation during a telephone interview with Sinclair’s “America This Week” host Eric Bolling on Thursday,  and a clip was posted ahead of the Friday night airing by Mediaite.

“You know the big thing in Ukraine about Biden?” Giuliani asked. “How he corrupted the United States of America. Just step back for a minute from this political garbage and consider just how horrible it is that a vice president of the United States bribed the president of a foreign country in order to fire a prosecutor who is investigating the vice president’s son, and every single person in Ukraine knows it.”
Giuliani also dismissed Bolling’s remark that much of the House Intelligence Committee impeachment inquiry hearings focused on him, saying he hadn’t met some of the witnesses.

“Even Sondland,” Giuliani noted of European Union Ambassador Gordon Sondland. “I talked to Sondland three times on the phone … I don’t think I’ve ever met Gordon.”

When Bolling noted that Sondland claimed to be following Giuliani’s lead in pushing to withhold military aid Ukraine, Giuliani pushed back. “He’s completely wrong,” Giuliani replied, adding “I wasn’t holding back anything.”

Giuliani also defended the Trump administration’s foreign policy saying, “The reality is the president is confronting Ukraine correctly, the country as a big problem with corruption.”