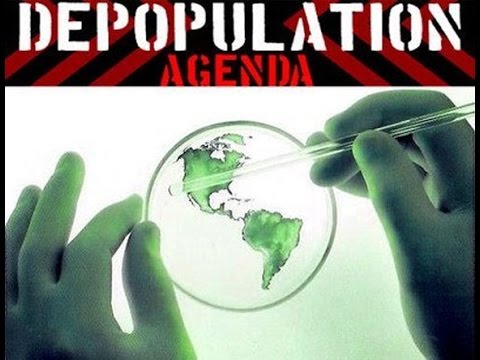 (Natural News) Representative Alexandria Ocasio-Cortez (AOC) and failed presidential candidate Bernie Sanders have together unveiled a new piece of legislation that they claim will help to “decarbonize” America’s public housing stock – which is just code for depopulation.

The “Green New Deal for Public Housing Act,” as they’re calling it, would require $180 billion in taxpayer dollars to “decarbonize the entire public housing stock in the United States of America,” according to AOC and Sanders.

“And in the process of decarbonizing the public housing stock we are going to put hundreds of thousands of people to work in good paying jobs and giving that preference to public housing residents,” AOC further explained during a public unveiling event for the bill.

“The planet is in crisis,” Sanders added, to cheers from a group of public housing residents that was bussed in from New York City to Washington, DC. “The truth is that five out of the last six years have been the warmest on record,” Sanders further contended, offering no evidence to back this claim.

All major cities will be under water in 50 years, claims Bernie Sanders

Part of the impetus behind this first of many Green New Deal initiatives is the fear that AOC and Sanders both have about our planet warming to the point that ocean levels rise and flood our major cities.

“Major cities around the world – cities like Miami, New York City, London, Shanghai, and Hong Kong will likely be under water in the next 50 years,” Sanders claims, again without any evidence to back it.

According to Sanders, the United Nations is correct in its speculation that “climate change” will soon create “over a hundred million climate refugees in search of food, water, and a minimal standard of living.”

By retrofitting America’s public housing stock with “decarbonization” in mind, not only will a climate crisis like this be averted, according to Sanders, but it will also “reduce carbon emissions equivalent to taking off of the road over one million cars,” while also supposedly creating 250,000 “good paying union jobs.”

“This will pay for itself,” claims Sanders about this Green New Deal proposal. “This is a win, win, win piece of legislation.”

“Sustainability,” “decarbonization,” and other “progressive” language all translates as fewer humans

How “decarbonizing” public housing will magically create 250,000 high-paying union jobs is anyone’s guess, as the socialist duo failed to reveal any details about how the Green New Deal for Public Housing Act will actually work. But one thing is for sure: It will most certainly involve reducing the number of human beings that are allowed to stay alive.

As Mike Adams, the Health Ranger, continues to warn, the climate change hoax is primarily about one thing: reducing the world’s population to “sustainable” levels, making the planet easier to control for eugenicists like Bernie Sanders and AOC that are promising the world to people dumb enough to vote for their ideas.

If you don’t believe us, check out a new paper, entitled, “World Scientists’ Warning of a Climate Emergency,” that was recently published in the journal BioScience. In this paper, more than 11,000 “scientists” call on governments of the world to take action by eliminating billions of people from the face of the earth – all to stop “global warming,” of course.

“In the last century or so, governments of the world have already mass murdered 262 million people,” Adams warns. “Apparently, that’s not nearly enough, according to genocidal climate scientists.”

To keep up with the latest news about how climate armies around the world are pushing for massive population reductions in the name of stopping “global warming,” be sure to check out Depopulation.news.