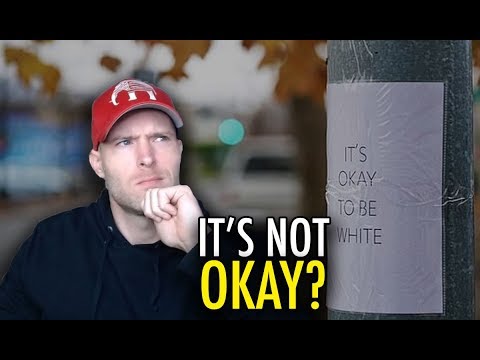 Oklahoma City University is a private university historically affiliated with the United Methodist Church and located in Oklahoma City, Oklahoma.

In early November a story broke about someone posting “It’s Okay To Be White” flyers on campus.

The University has allegedly completed its investigation and expelled a law student who admits to being the guilty party.

I have searched and it does not seem that the University has made an official statement as of this writing, so we are counting on the accuracy of a video (below).

The law student had been in hot water with the university already and was suspended.

But the suspension was over findings on a social media account and it might seem to some that a Christian University in Oklahoma is playing the same game of political correctness that we are seeing all over America.

First we will start with the video interview and then revisit the story.

Here’s the original story as presented by KFOR:

OKLAHOMA CITY (KFOR) – Authorities are searching for a man that posted multiple flyers around the Oklahoma City University School of Law campus that proclaimed “It’s okay to be white.”

Flyers were posted on benches, all over front building doors and around the school crest.

Current and former students said it was sad to see that kind of message around a campus that’s always been so inclusive.

“It hurts because Oklahoma City has had prior history of white nationalism, and the dangers of it. We sit two blocks south of the Memorial,” OCU Law grad Jose Cruz told News 4. “So, I don`t think, we talk about the Oklahoma standard. There`s no space for that here.”

Cruz just graduated from OCU Law back in May, and says he was shocked when friends told him about these flyers popping up around campus on Thursday.

“It`s unfortunate that people think they have to express themselves this way,” Cruz said. “I really wish people wouldn`t resort to this kind of messaging, because it`s not really a manner of dialog, it`s just trolling.”

In response to the flyers, Dean Jim Roth released the following statement:

This morning, our administrative team was alerted to the presence of flyers around the law school campus. I want to thank every student, staff, and faculty member who took the time to remove them and bring them to our attention. We are currently in the process of investigating this matter and hope to have this resolved quickly.

In the meantime, I want to address the message that was posted. As you may have noticed, OCU Law has been intentional and relentless in celebrating the voices, achievements, and culture of our diverse community. We enjoyed celebrating Hispanic Heritage Month, LGBTQ+ History Month, Dia de los Muertos, and are excited to kick off Native American Heritage Month. And we will continue to celebrate our diverse community throughout the year.

Despite what the intentions of that message may have been, the message reminds me of one fact that I know our community embraces – it’s okay to be EVERYBODY. Exclusion and hate will not be tolerated here. You are accepted at OCU Law no matter how you pray, what you look like, or who you love. And you always will be.

Current law students tell News 4 they appreciate the response from the school. Cruz also says he appreciates what was said, but thinks there is always more that can be done.

Freedom of Speech is now a criminal offense in America, especially if that speech supports the white majority.

What is wrong with a country where liberals can openly discuss white genocide and any white who tries to stick up for people of his own color is treated as a criminal?

If you want to see Whites slaughtered in America, vote Democrat in 2020.

These people make me sick.