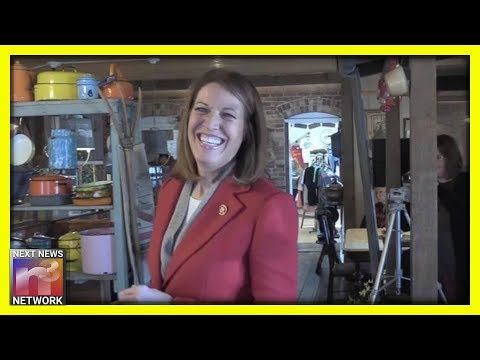 Cindy Axne is a freshman congresswoman from Iowa.

Axne is also the latest Democrat to turn her back on the impeachment farce.

Many Democrats will be following Axne.

Freshman Democrat Congresswoman Cindy Axne (D-IA) seemingly broke with her party’s narrative on both impeachment and the USMCA during a small event on Saturday.

Rep. Axne was at a coffee shop event in her district when she was approached by a constituent. The unseen man begins by asking her if she supports impeachment.

The man asked Axne, “Did I miss something? Are we impeaching somebody?”

“No. No.” the Congresswoman responded, suggesting that they are not trying to impeach President Trump. Despite this, Rep. Axne did in fact vote for the impeachment “probe” hearings against President Trump

She was then pressed further on the issue, to which she pushed back,

“What I’m for is doing the hard work for the people of this district. I didn’t run for this seat to impeach the president. Go back and check my 18 months of running for this office; there is nothing in there about that.”

Congresswoman Cindy Axne was also asked about the United States-Mexico-Canada-Agreement (USMCA), which she said Congress “are very close” to passing. She reinstated, “I’m out here working hard to make sure rural America has what it needs and that we are serving its farmers.”

As Gary mentioned, as these House Democrats now go home to face their constituents, many are bound to change their tunes.

They should jump ship fast because this entire Ukraine fiasco is just an attempt to cover the tracks of the REAL criminal involvement with Ukraine.

Remember that it was the Obama Administration that installed a Neo-Nazi government in Ukraine.

Dems have been taking advantage of that ever since.

Nazis, despite what you may think of them, always stick together.