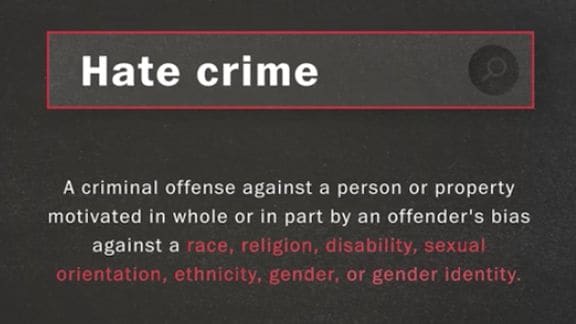 Let’s paraphrase an article from American Thinker back in 2017. It’s an important one, helping us understand the truly malevolent forces of the corporate media.

Data contradicting the approved narrative of the anti-white left rarely garner headlines. Non-whites must always be victims of the heartless white majority, correct? So our helpful government bureaucrats bury data contradicting the approved story, forcing those interested in the truth to bring out their calculators and crunch the numbers a little.

You might have heard or read a story regarding the FBI’s release of 2018 Hate Crime Statistics.

In 2018, race was reported for 6,266 known hate crime offenders. Of these offenders:

Odd the FBI doesn’t break out Hispanic offenders, right? Are they lumped in with whites?

According to US Census data for 2018, blacks made up 13.3 percent and whites made up 76.9 percent of the population, respectively. If blacks and whites committed hate crimes at the same rate, you would have expected Whites to commit five times as many hate crimes as African-Americans, and three quarters of all hate crimes would be attributed to white offenders. In reality, when you adjust for population, you find that blacks are about 2.6 times more likely to commit a hate crime than a white person.

What percent of those 12.9 percent of individuals whose race was “unknown” who were reported to have committed a hate crime were probably black? Does the corporate media even acknowledge a news story where a black person is accused of committing a hate crime?

In a country where Jussie Smollett was capable of motivating every major corporate media institution into publishing stories attacking white people wearing MAGA hats as the ultimate embodiment of hate, it’s worth noting blacks in 2018 were 2.6 times more likely to commit hate crimes than whites.

If democracy dies in darkness, why isn’t this fact universally known?