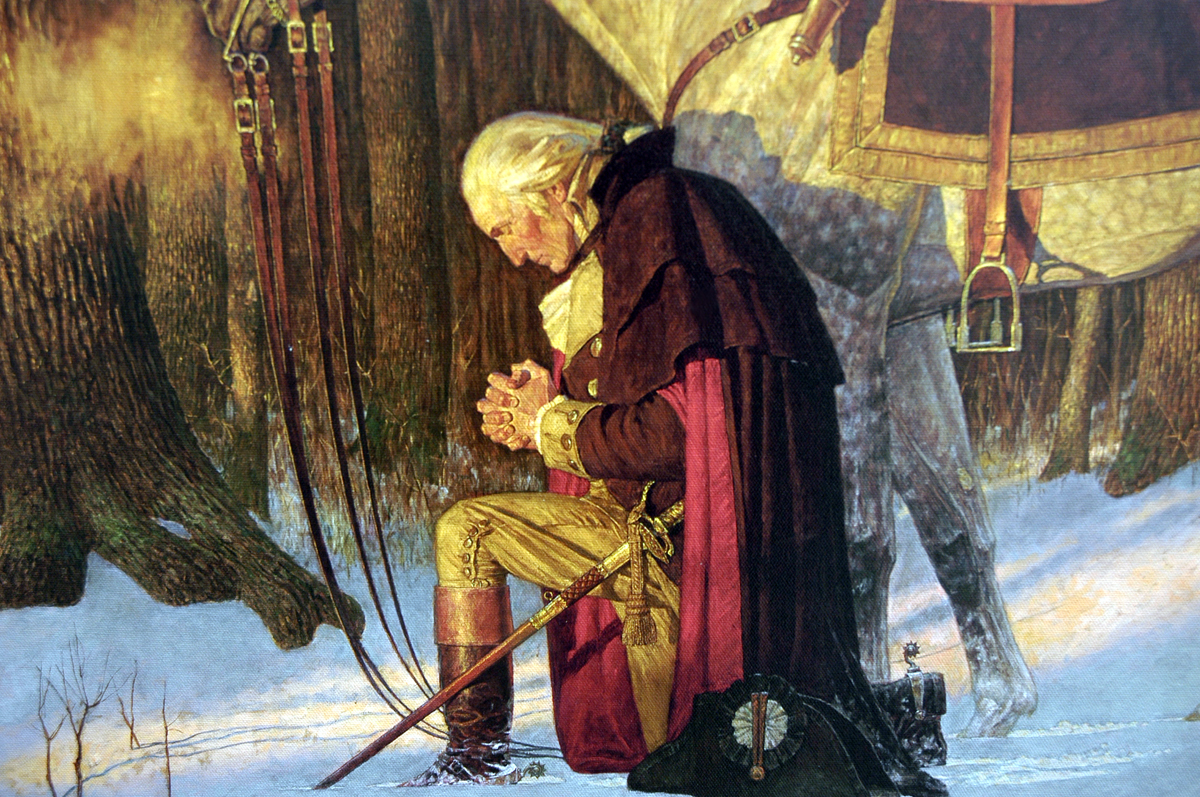 Thanksgiving is a quintessential American holiday. It is a holiday that in many ways requires some sense of the supernatural – whether we care to acknowledge it or not. Below you will find our first President’s proclamation of Thanksgiving in which his sense of the hand of Providence upon the American Republic is quite clear. Indeed, his mixing of church and state, of belief and practice is undeniable.

When you read it, consider the tone, humility, and outlook of President George Washington and ask yourself if any of our current leaders match him. It is, for me, a breath of fresh air, a reminder that while our Founders had many sins, they were at the same time driven to seek the good, the true, and the beautiful. They were deeply rooted in Western Civilization and understood the symbiosis between belief and practice.

For those who would argue that the Founders believed in a firm separation between church and state, a division of belief and practice, this document is a challenge. Here we have the first president, a man who served his country in humility, helped steer her course, and intimately understood the type of government they were creating, assigning a day through government proclamation to be one “devoted by the People of these States to the service of that great and glorious Being, who is the beneficient Author of all the good that was, that is, or that will be…” President Washington even gives thanks to the Almighty for the Constitution!

Taking our cue from our first President, on this Thanksgiving we should give thanks and, furthermore, take the time to refresh both our spirits and minds. Godspeed!

By the President of the United States of America. a Proclamation.

Whereas it is the duty of all Nations to acknowledge the providence of Almighty God, to obey his will, to be grateful for his benefits, and humbly to implore his protection and favor—and whereas both Houses of Congress have by their joint Committee requested me “to recommend to the People of the United States a day of

public thanksgiving and prayer to be observed by acknowledging with grateful hearts the many signal favors of Almighty God especially by affording them an opportunity peaceably to establish a form of government for their safety and happiness.”

Now therefore I do recommend and assign Thursday the 26th day of November next to be devoted by the People of these States to the service of that great and glorious Being, who is the beneficent Author of all the good that was, that is, or that will be—That we may then all unite in rendering unto him our sincere and humble thanks—for his kind care and protection of the People of this Country previous to their becoming a Nation—for the signal and manifold mercies, and the favorable interpositions of his Providence which we experienced in the course and conclusion of the late war—for the great degree of tranquility, union, and plenty, which we have since enjoyed—for the peaceable and rational manner, in which we have been enabled to establish constitutions of government for our safety and happiness, and particularly the national One now lately instituted—for the civil and religious liberty with which we are blessed; and the means we have of acquiring and diffusing useful knowledge; and in general for all the great and various favors which he hath been pleased to confer upon us.

and also that we may then unite in most humbly offering our prayers and supplications to the great Lord and Ruler of Nations and beseech him to pardon our national and other transgressions—to enable us all, whether in public or private stations, to perform our several and relative duties properly and punctually—to render our national government a blessing to all the people, by constantly being a Government of wise, just, and constitutional laws, discreetly and faithfully executed and obeyed—to protect and guide all Sovereigns and Nations (especially such as have shewn kindness unto us) and to bless them with good government, peace, and concord—To promote the knowledge and practice of true religion and virtue, and the encrease of science among them and us—and generally to grant unto all Mankind such a degree of temporal prosperity as he alone knows to be best.

Given under my hand at the City of New-York the third day of October in the year of our Lord 1789.

Devin is the co-founder and Chief Executive Officer of The Charlemagne Institute, which operates Intellectual Takeout, Chronicles: A Magazine of American Culture, and the Alcuin Internship. He is a graduate of Hillsdale College where he studied history and political science. Prior to co-founding Intellectual Takeout/The Charlemagne Institute, he served as the Director of Development at the Center of the American Experiment, a state-based think tank in Minnesota. Devin is a contributor to local and national newspapers, a frequent guest on a variety of talk shows, such as Minneapolis’ KTLK and NPR’s Talk of the Nation, and regularly shares culture and education insights presenting to civic groups, schools, and other organizations. In 2011, he was named a Young Leader by the American Swiss Foundation. Devin and his wife have been married for eighteen years and have six children. When he’s not working, Devin enjoys time with family while also relaxing through reading, horticulture, home projects, and skiing and snowboarding.

Watch Devin Foley and Christina Hoff Sommers recently discuss the question, “Is there a war against men?“