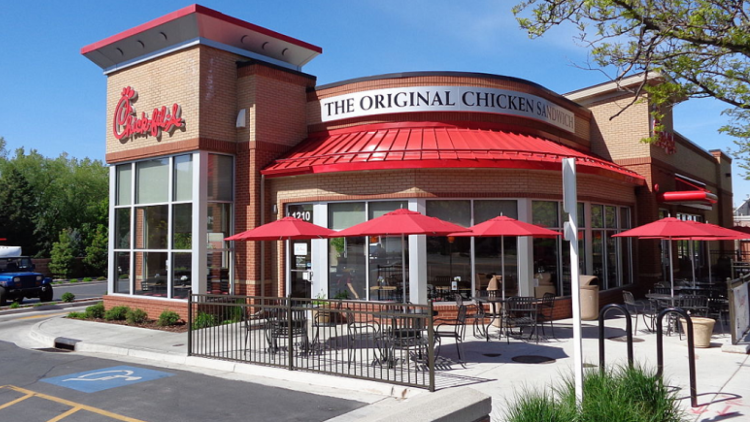 Leaders of pro-family, pro-life, and other conservative organizations have sent a letter to Chick-fil-A asking the fast-food chicken company to reconsider its decision to no longer financially support the Salvation Army.

“We are tremendously disappointed at your company’s complicity in defaming the mission and intent of the Salvation Army, one of America’s oldest and most accomplished charitable organizations,” the conservative leaders write to Dan Cathy, chairman and CEO of Chick-fil-A, in a letter dated Tuesday.

“We urge you to immediately reverse course and reconfirm your commitment to America’s families,” they add.

Chick-fil-A announced Nov. 18 that, under new giving plans, it would not renew multiyear donations to the Salvation Army and the Fellowship of Christian Athletes, both organizations known for their support of traditional marriage.

In recent years, the liberal SPLC has attacked many mainstream conservative organizations, including the Family Research Council, as “hate groups.”

Floyd Corkins, convicted of a 2012 attempt to massacre employees at the Family Research Council, told investigators he was inspired by SPLC’s description of the Christian, pro-family research organization as a hate group.  Corkins carried Chick-fil-A sandwiches with him, police said.

“No organization will be excluded from future consideration—faith-based or non-faith-based,” Tim Tassopoulos, president and chief operating officer of Chick-fil-A, said last week in a written statement about the changes in its charitable giving.

Conservative leaders behind the coalition letter, however, argue that Chick-fil-A is caving to pressure from LGBT activists rather than stay true to its principles.

“Your company’s stated mission is ‘To glorify God by being a faithful steward of all that is entrusted to us and to have a positive influence on all who come into contact with Chick-fil-A,’” they write, adding:

Yet, by bowing to the pressure of left-wing extremist groups, you’ve allowed those ‘faithful stewards’ of the Salvation Army to be branded as ‘extremists,’ likely triggering a series of future events detrimental to the organization and the millions of American poor they serve.

When you were under attack by the left in 2012, America’s families stood with you. We, the signers of this letter, stood with you, and many of us urged our supporters to do the same.

We helped form long lines at your stores, stretching out the doors and around the buildings, in many cases. As a result, your restaurant chain vaulted into the top 3 nationwide.

The 49 leaders close the letter by asking Chick-fil-A to reconsider its course of action.

“We stand firm with the Salvation Army and others who truly are ‘faithful stewards’ of the heritage entrusted to them and all Americans,” they write. “We urge you to immediately reverse course and reconfirm your commitment to America’s families by rejoining us in support of these groups.”

Rachel del Guidice is a congressional reporter for The Daily Signal. She is a graduate of Franciscan University of Steubenville, Forge Leadership Network, and The Heritage Foundation’s Young Leaders Program. Send an email to Rachel.