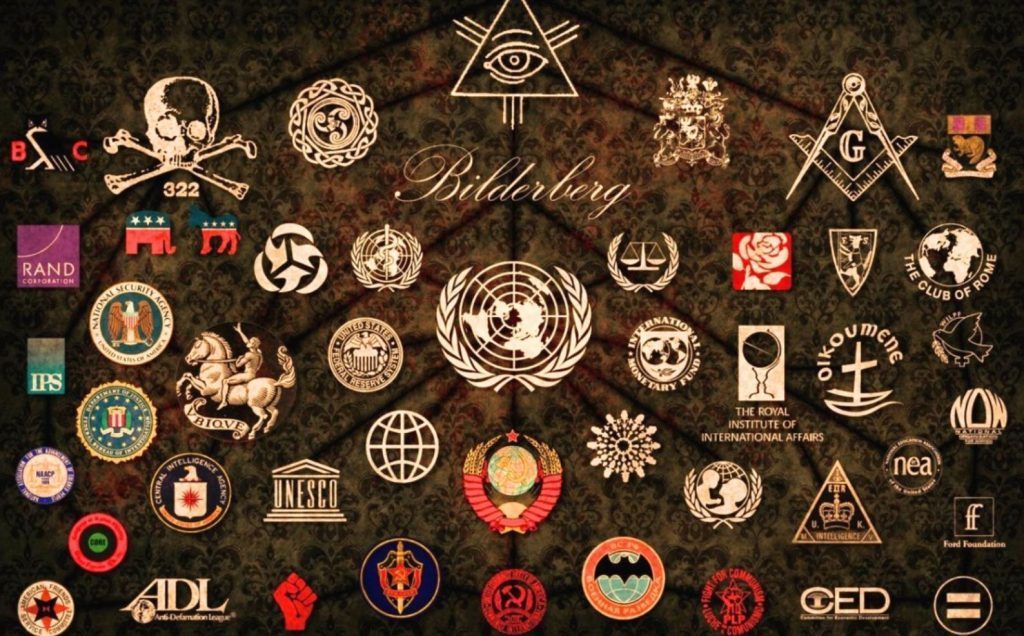 As many of my readers know, I wrote a book called The Secret Behind Secret Societies (included as a bonus in Exit From The Matrix and Power Outside The Matrix). This article adds a few pieces to the puzzle.

Bilderberg Group, CFR, Trilateral Commission—I called these and other such groups Architects of Reality. Among their actions, they try to build our perception of the world.

What is that perception? It’s an endless string of crises and half-hearted resolutions—that’s how we’re supposed to see things. We’re not supposed to see what actually works about the world.

Because what works is freedom and everything that flows from that.

In other words, secret societies are trying to bury the idea of freedom under an ongoing process of manufacturing desperate situations that can only be dealt with by large organizations—governments and so-called public interest groups.

“THE GROUP WILL SOLVE EVERYTHING.”

“THE INDIVIDUAL IS TOO WEAK.”

“FREEDOM OF THE INDIVIDUAL IS PASSE, BECAUSE ONLY LARGE GROUPS CAN INFLUENCE THE COURSE OF EVENTS.”

With an estimated 40-60 million people in the US taking tranquilizers every year, it appears this program is working. One chronic user frankly told me, “I can’t deal with reality anymore. Unless it’s a chemical reality.”

Over the years, I’ve spoken with a number of teachers in the US. They tell me the areas variously known as Civics, Social Studies, and Government no longer place emphasis on the individual or individual freedom. Instead, it’s all about “group rights” and “victims.”

So again, the agenda of burying freedom is working.

In 1776, the Illuminati was announced as an operating society in Europe. The most important political tenet of this group was the abolition of private property—and that principle can be historically traced all the way down to the formation of the USSR. And beyond. These days, private property is under attack, albeit in a “softer” manner. It, too, is a concept no longer given emphasis in our schools—and when you de-link private property from the individual, you are attacking a significant aspect of what freedom translates into, in everyday life.

An American Studies professor at a prominent Northeastern university told me, off the record, because he was afraid he might lose his job if he went public, “Political and economic crises are being manufactured all the time. It’s basically psychological warfare, because one feels these endless crises can’t be solved. People just give up. And when they do, who do they turn to? Government. Government will handle things. That’s a sign that freedom is no longer a priority. It’s going into the dustbin of history.”

He was suggesting that, in wider and wider circles, freedom is no longer considered a solution to any serious problem. And since we seem to be awash in a sea of problems, freedom goes on the shelf.

As I’ve been writing for years, creative power of the individual is the prow of the ship of our society. Great innovators are the people who keep us moving into the future. Well, if the legs are being cut out from under freedom, we will be seeing fewer and fewer of these innovators. As has been pointed out, we will be “naturally selecting” away from those people and toward groups.

This is no accident. This is an agenda. To say the loss of freedom is simply a trend overlooks the keynote of coming global government and management—it is groups, not individuals, who have access to larger and larger structures that run our affairs.

One small example: 90 years ago, the rise of labor unions was achieved through legislation passed by the federal government. In other words, government would protect the right of employees to organize and bargain with management. But now we have public unions—government employees who bargain with “themselves.” It’s an absurdity. The real purpose is to expand the size of government by making its jobs more attractive and intractable.

In our schools, children are being taught to think of themselves in terms of a group identity. To what group do you belong? What are the problems of your group? What are your group’s grievances? How is your group being mistreated? What does your group need?

Is this development an accident? Did it happen by chance?

It’s on the agenda of legislated equality, which replaces the idea of equal opportunity to succeed. Legislated equality supposes that, instead of freedom, we will have group rights and group privileges.

This leads to the development of “positioning”—a hierarchy of groups who have assigned degrees of power—in hopes that the notion of the individual will disappear. The individual will be placed in a context, will be given what he “deserves,” will occupy a place in life that is suitable for the benefit of overall society.

Adam Weishaupt, the founder of the Illuminati, stated: “It was the full conviction of this, and what could be done, if every man were placed in the office for which he was fitted by nature and a proper education, which first suggested to me the plan of Illumination.”

Earlier, in 1755, a Frenchman known only as Morelly (possibly a pseudonym), wrote a treatise called Code of Nature. In it, he spells out what “fitting into society” means for those who oppose individual freedom:

I. Nothing in society will belong to anyone, either as a personal possession or as capital goods, except the things for which the person has immediate use, for either his needs, his pleasures, or his daily work.

II. Every citizen will be a public man, sustained by, supported by, and occupied at the public expense.

III. Every citizen will make his particular contribution to the activities of the community according to his capacity, his talent and his age; it is on this basis that his duties will be determined, in conformity with the distributive laws.

Today, we are moving in this direction. A pseudo “share-and-care” philosophy, that claims to be the ultimate in humane concern, wants to “distribute” individuals within the fabric of society, in order to achieve “a better world for all.”

These days, instead of brusquely elevating society beyond the scope of the individual, the agenda works by tapping into empathic and sympathetic emotions—using others’ suffering as the tool by which people can be turned to “help everyone.” But what slips under the radar of this program is the institutionalizing of aid out along broad political and economic platforms that change the nature of society in its official functions.

Society, in other words, in the person (or non-person) of government, takes in order to give. Takes more to give more. A great leveling, which in essence ranks the free individual at the bottom of the ladder.

Nothing appears to be lost in this effort, if people have already forgotten what the free individual means and is.