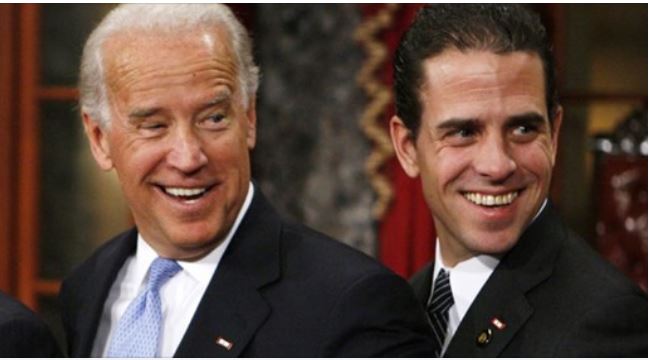 Hunter Biden filed a protective order this week in an effort to seal his financial records from being released publicly — amid his fears that the information would be used “maliciously” by the media and cause him public “embarrassment,” FOX News reports.

Former Vice President Joe Biden’s son filed the motion in Arkansas on Wednesday as part of an ongoing child support suit, according to the Daily Mail. His attorneys claim the details would be used by the media, considering his high public profile, to cause him “undue prejudice, annoyance, embarrassment, and/or oppression.”

“The likelihood that [Biden’s] private records will be used in an inappropriate or malicious manner for reasons that have absolutely nothing to do with these proceedings is exceedingly high and should not be tolerated by the court,” the filing reads.

“Due to the extraordinary circumstances surrounding the parties involved in this matter, it is in the interest of justice and necessary for a Protective Order to be in place,” Biden’s attorney says.

An earlier court filing in the case alleged that DNA tests confirm with “scientific certainty” that Hunter is the biological father of a child whose mother he denied having sex with.

A paternity suit filed by Lunden Alexis Roberts was first filed on May 28 when she alleged that she and Hunter Biden “were in a relationship” and that “Baby Doe” was born in August 2018 “as a result of that relationship,” according to reports by The Arkansas Democrat-Gazette.

Last Wednesday, Biden was finally revealed to be the father of Roberts’ child following the outcome of a DNA test – something the 28-year-old had been urging Biden to take since May, following his repeated denials.

Roberts is demanding $11,000  in legal fees as well as child support, and has agreed that a protective order is appropriate, according to the Mail.

In a sworn statement, Biden goes on to say that he has incurred “significant debts” in part due to his 2017 divorce from Kathleen Biden, that he is unemployed and has had no monthly income since May 2019.

No monthly income? Give me a break.

The suit comes amid increased scrutiny on Hunter over his links to a Ukrainian energy company where he once sat on the board.

Biden has seen better days- that’s for sure!