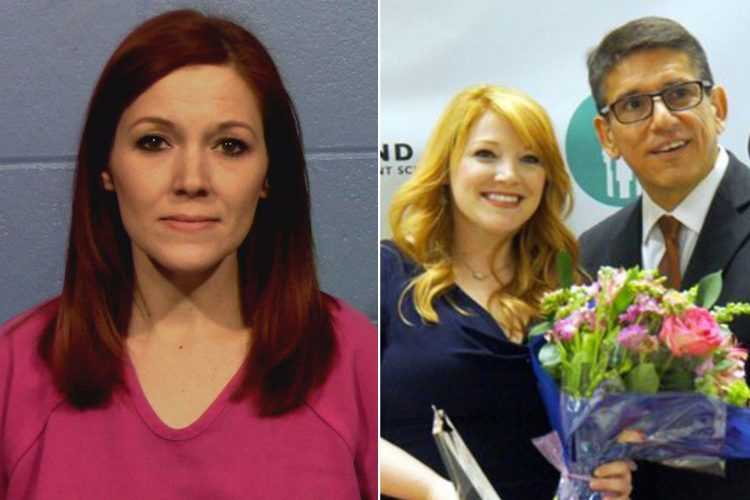 The growing number of female teachers unlawfully taking advantage sexually of minors is growing to rival the number of male teachers doing the same thing.  In the latest in this long line of criminal activity, a Texas educator that was previously lauded as her district’s “Teacher of the Year” was charged with improper relationship between an educator and a student for performing oral sex on that student, according to investigators.

A Round Rock Independent School District teacher that was arrested on Tuesday for having an improper relationship with a student allegedly performed oral sex on him in his classroom.

School officials said in an email to parents that they were first notified that Randi Chaverria had an improper relationship with a student on Monday, Nov. 18. Once they were notified, Chaverria “elected to take leave” before the administration received the report.

According to an affidavit obtained by KVUE, Chaverria had sexual contact with a current student several times while she was a teacher at Round Rock High School during the 2019 fall semester. The student reportedly told police she performed oral sex on him twice in his classroom on or about Oct. 16.

After reviewing text messages between the student and Chaverria, officials said they were consistent with what the student’s claims regarding his relationship with her.

Parents were then notified by email about the improper relationship.

She resigned from her position on November 19.

“Safety is the top priority of Round Rick High School and Round Rock ISD,” Round Rock High School Principal Matt Groff wrote in the letter telling parents that Chaverria has passed a state background check prior to being hired. “Ensuring a safe and secure learning environment requires partnership between students, parents, campus and district staff, as well as law enforcement.”

So much for background checks, eh?

Earlier this year, Chaverria, who had been teaching in the area for six years said, “The most important role of a teacher is to help shape future generations to become successful members of our community.  More than any curriculum I teach my students, I hope that they will walk away from my classroom thinking of ways that they can make a difference in their community and impact the lives of others for the better.”

Well, this teacher sure helped shape things, only not in the way she proclaimed to shape them, and she certainly impacted the lives of some people in the community, but not for the better.

She has been released on bond after turning herself in to authorities at the Williamson County Jail on charges of improper relationship between educator and student.

Will there be justice in the matter?  Probably not.