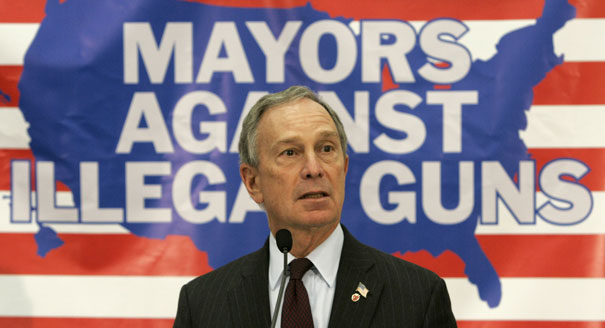 Remember what happened earlier this month in Virginia?

Michael Bloomberg has been credited by many with making the entire state flip blue.

Now he is using his newly bought legislature to go after Virginia’s guns.

Fairfax, VA – -(Ammoland.com)- Michael Bloomberg’s bought and paid for Virginia legislators have wasted no time introducing legislation that would make the Old Dominion’s gun laws worse than those of the billionaire’s home state of New York.

SB 16, introduced by Sen. Richard L. Saslaw, would create a total ban on commonly-owned semi-automatic firearms, like the AR-15. Even worse, the ban would even extend to common firearm parts. The restrictions included in the proposed legislation does not grandfather current owners. The legislation is clearly designed to be firearms confiscation, as current owners would be forced to dispossess themselves of their property or face a felony conviction.

It is unlawful for any person to import, sell, transfer, manufacture, purchase, possess, or transport an assault firearm.

Otherwise law-abiding gun owners found in possession of an “assault firearm,” even one they purchased prior to the ban, could be convicted of a Class 6 felony. A Class 6 felony is punishable by up to 5 years imprisonment.

The bad news is that Virginia is wasting no time in moving against the 2nd Amendment.

But there is good news as well.

Virginia gun owners have gathered by the hundreds at Board of Supervisors meetings in counties across the state to send a message to the newly elected Democratic legislature in Richmond.

“It’s sending a message to Richmond saying we don’t want any more gun control out here,” Philip Van Cleave told GunsAmerica. Van Cleave is the President of the gun-rights group Virginia Citizens Defense League, which has been fighting for Second Amendment rights in Virginia since 1994, when they helped turned the state from may-issue to shall-issue.

Van Cleave has been active in the gun rights movement in Virginia for over 20 years, and he says he’s never seen anything like this.

“Nothing even touches the activity in Virginia right now. A lot of gun owners were sleeping, but now they’ve woke the sleeping giant. All these gun owners that have been sound asleep have suddenly woken up.”

The numbers don’t lie. Of Virginia’s 133 counties and independent towns, 23 have already declared themselves Second Amendment sanctuaries, and another 53 are considering the measure.

“There are more coming,” Van Cleave predicted. “That number’s going to jump quite a bit.”

Way to send a message to Bloomberg…

Bloomberg is a tool and Americans know it.

This guy is the absolute definition of an establishment political figure and he’d like to be an American dictator, though voters won’t be dumb enough to elect him.

Virginia is on to you Bloomberg and they aren’t going to let your bought and paid for gun grabbers disarm them.

Debunking The 5 Favorite Lies Of The Dems And Their Impeachment Schiff Show
January 26th, 2020 The Lid

8 Things to Consider Before Panicking About Coronavirus

Meet Pastor Ken Peters: He Started a Church on the Doorstep...