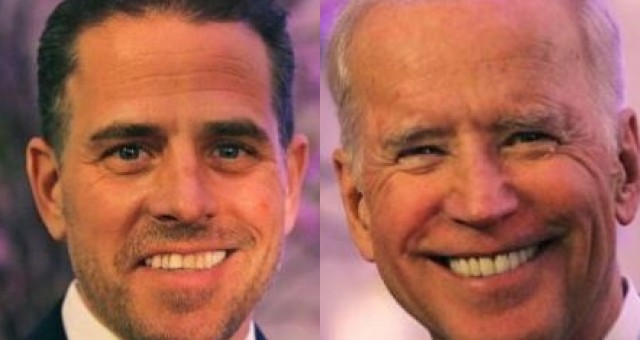 (TNS) Ukraine’s security has been enhanced by President Donald Trump in ways that his predecessor, Barack Obama, never did but was obligated to do under a prior post-Cold War agreement.

Specifically, Trump, with Republican congressional assistance, agreed to send lethal military assistance — anti-tank weapons and other ordnance — in response to Russia’s theft of the Crimea and Moscow’s backing of Ukrainian separatists in the Donbas region.

Democrats would have you believe that Trump denied this military assistance to Ukraine unless Kiev agreed to open an investigation into alleged corruption involving Joe and Hunter Biden.

So far, Ukrainian President Volodymyr Zelensky has not done so. But that may be about to change — and the Bidens have only themselves to thank (and blame). Oh, and Barack Obama for allowing his Garbage Party to exploit Ukraine for their own benefit before and during the 2016 election cycle.

Sources tell CNN (yeah, we know) that as a way to curry favor with the Trump administration and as a means of obtaining new lethal aid, Ukraine is now considering investigating the Bidens (though most Ukrainian officials already know of their corruption):

Ukrainian officials are discussing ways to improve their country’s standing with President Donald Trump amid the continuing fallout from the impeachment inquiry, two sources told CNN.

CNN went on to claim that Trump’s allegations Democrats colluded with Ukraine during the 2016 election to find dirt on him was “a debunked theory” but, of course, as we all know, that’s an out-and-out lie.

And it could be that this story is simply a plant to make it appear as though Trump and Ukraine are now “colluding” to disrupt Biden’s expected 2020 Democratic presidential nomination. Got it.

But Biden himself has already proven his interference in Ukrainian affairs, and to his son’s advantage. Bragging on video that you threatened to withhold a billion dollars in aid money from Kiev when the country was being invaded by Russia unless the government fired a prosecutor investigating a corrupt company paying your son 80 grand a month is pretty damning.

As for the allegations that Trump tried a quid pro quo with Zelensky, that’s the real “debunked theory.” President Zelensky himself put that one to bed.

“I don’t want to be involved in the election of the USA,” Zelensky said at a United Nations General Assembly meeting with Trump back in September.

“I think we had a good phone call. It was normal and we spoke about many things,” Zelensky said. “You read it [the July 25 call transcript]. Nobody pushed.”