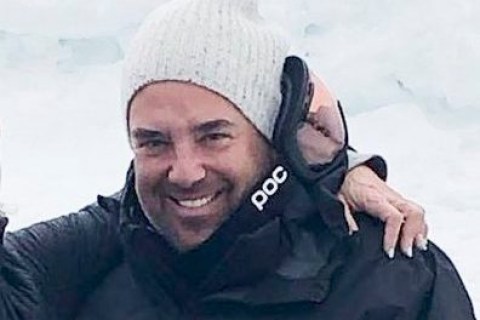 And, of course, we are only finding out about this almost a week later.

You’d think this would have been front page news everywhere.

Oh wait… I found one!

There’s no mention of Epstein in the article, nor that the banker was soon to be interviewed by The FBI.

Corporate banker Thomas Bowers, who ran the U.S. division of private wealth management for Deutsche Bank AG, reportedly committed suicide last month at the age of 55 by hanging himself with a rope in his California residence.

However, his extensive ties to deceased sex trafficker Jeffrey Epstein – who also died from a mysterious suicide – has caused speculation about what the real cause of Bowers’ death may be.

Epstein moved millions of his personal wealth through Deutsche Bank before his death. He switched to Deutsche Bank in 2013 after his conviction for child sex crimes when even JP Morgan would no longer do business with him. Following investigations into civil cases exposing the extent of Epstein’s criminal network by the Miami Herald, Deutsche Bank finally began to close his accounts.

“Deutsche Bank is closely examining any business relationship with Jeffrey Epstein, and we are absolutely committed to cooperating with all relevant authorities,” a spokesperson for the bank said.

Former bank executive Mike Moore, who led a Citigroup division’s anti-money laundering unit during a time when Citi was in bed with Epstein, commented on the nature of Epstein’s loans with the corporate lender.

“The loans to Epstein were personal and commercial,” Moore said. “The Citi loans I can confirm were for more than $25 million. Some were secured, some were not.”

Unsecured loans for more than $25 Million?

How does one get that kind of VIP treatment?

We all know the answer to that.

Jeffrey Epstein’s private wealth banker, who brokered and signed off on untold multiple millions of dollars in controversial Deutsche Bank and Citibank loans spanning two decades for the convicted pedophile, has died from a reported suicide.

The news of yet another mysterious Epstein-linked death comes shortly after the FBI was seeking to interview the bank executive about loans he approved for Epstein and the indicted child trafficker’s labyrinth of US-based and offshore companies.

The Los Angeles County Medical Examiner confirmed Thomas Bowers died by an apparent suicide by hanging at his home before Thanksgiving.

Epstein likewise died from a reported suicide by hanging, according to the New York City Medical Examiner.

Bowers headed the private wealth banking division for Deutsche Bank and signed off on millions in loans to Epstein. Bowers, prior to taking over the private banking arm at Deutsche Bank, served in the same top position at Citibank, as the head of the bank’s private wealth arm. Citigroup also made massive loans to Epstein, according to records and banking sources who spoke to True Pundit.

I wonder if Bowers had a broken Hyoid Bone as well.

For all we know the same hangman may have been in charge of both lynchings.