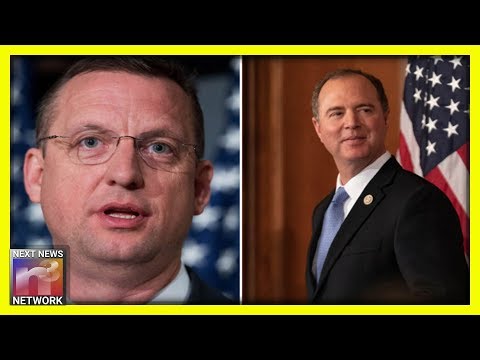 It won’t likely happen, with his willingness, but it is certainly a reasonable request.

Here’s more from our friends at Gateway Pundit:

Rep. Doug Collins, (R-GA) the minority leader on the House Judiciary Committee told Chris Wallace on Sunday that Republicans will call in Adam Schiff to testify under oath before the committee.

Doug Collins: First and foremost, the first person that needs to testify is Adam Schiff. Adam Schiff is the author of this, Adam Schiff has been the author of many things, a lot of them found to be false over the last couple years. But he is the author of this report. He’s compared himself in the past to a special counsel. This is what he said he was doing. Well if we look back to Clinton, with Clinton Ken Starr was the special counsel and he presented a report that we are going to get in the Judiciary. He actually came and testified under oath and took questions. My first and foremost witness is Adam Schiff.

Adam Schiff must testify under oath.

We need to know the truth about his communications with the Whistleblower and the extent to which he was involved with writing the complaint. pic.twitter.com/Qh25fkjkYr

Schiff might certainly be facing some interesting questions if he actually had the stones to testify.

If Schiff testifies an entire nation will be shocked.

He should testify, but nothing about this impeachment circus has been anything resembling professional or lawful.

My guess is that Schiff will go down with his sinking ship without ever trying to formally defend any of this.

He can’t defend it, so why would he try?