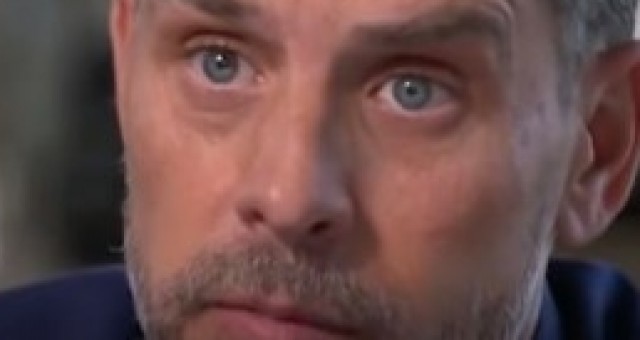 (TNS) Hunter Biden’s daddy may once have been Vice President and is now running for the presidency, but that doesn’t matter at all to an Arkansas judge overseeing his paternity case.

Biden blew off a hearing in his case on Monday, causing the judge angst and leading his attorney to quit, according to the UK Daily Mail:

The lawyer representing Hunter Biden in his paternity case abruptly withdrew on Monday while his client blew off the hearing, DailyMail.com can exclusively reveal.

Biden, 49, was not in the second-floor courtroom in Batesville, Arkansas, when his attorney former Arkansas Attorney General Dustin McDaniel quit.

But Lunden Roberts, 28, the woman who claims the son of former Vice-President Joe Biden fathered her child, was seen for the first time since filing her paternity suit, sitting in the front row of the spectators’ gallery wearing three-inch black heels.

Biden is said to have met Roberts when she was working as a stripper in a ‘gentlemen’s club’ in Washington D.C.

In the hearing, Judge Don McSpadden said he would need at least three years of Biden’s tax returns before he could reach a decision on monetary support for the child, whose sex has not been revealed.

Earlier this week, DailyMail.com revealed Biden filed a request to seal all financial records to spare himself public ’embarrassment’ amid claims of ‘significant debts’.

Wait…”significant debts?” Is he kidding?

The guy was making 83 grand a month until just a short while ago, compliments of a corrupt Ukrainian energy company called Burisma.

Oh, and let’s not forget the billion-dollar deal he and his bud Chris Heinz, stepson of former Secretary of State John Kerry, signed with a Chinese government-owned bank.

Looks like an Arkansas judge is telling Hunter Biden to check his assumed privilege at the courthouse door.