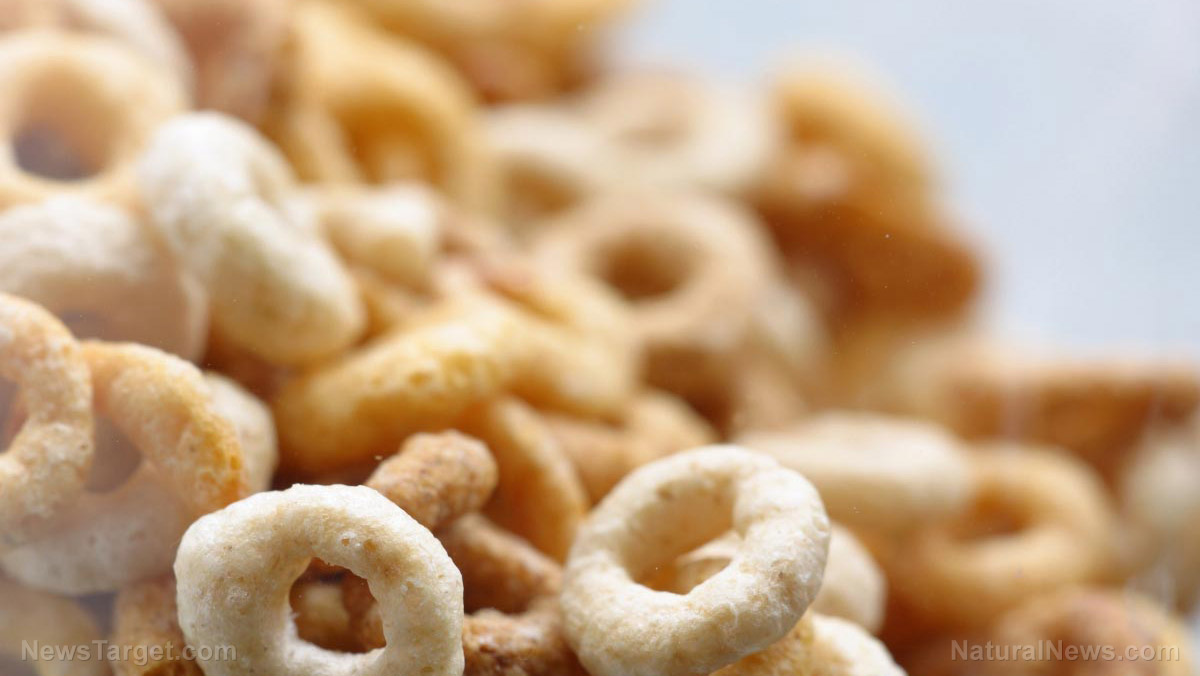 (Natural News) The Environmental Working Group (EWG) has compiled fresh data on the levels of toxic glyphosate (Roundup) found in several popular oat-based breakfast cereals, and the verdict is this: All of them contain at least trace amounts of the cancer-causing herbicide, while most of them are loaded with it.

Olga Naidenko, PhD, a senior science advisor at EWG, along with Alexis Temkin, a toxicologist at EWG, identified the presence of glyphosate in all of the 21 oat-based cereals and snack products they tested. And all but four of these products were found to contain glyphosate at levels higher than what EWG considers to be “protective for children’s health with a sufficient margin of safety.”

General Mills’ Honey Nut Cheerios was one of the few cereal products that tested below EWG’s children’s health benchmark of 160 ppb of glyphosate, containing 147 ppb of glyphosate according to EWG’s tests. The best-testing product was Nature Valley Fruit & Nut, and Dark Chocolate & Nut, Chewy Trail Mix Granola Bars, at 76 ppb of glyphosate.

A whole slew of other General Mills and Nature Valley products tested at somewhere in between these upper and lower levels, while still mostly exceeding EWG’s children’s health benchmark of 160 ppb of glyphosate.

These latest findings are significant in that they once again prove that children’s breakfast cereals, especially those that aren’t organic and contain oat ingredients, are a toxic nightmare that’s being completely ignored by federal health authorities.

The Environmental Protection Agency (EPA), for instance, has yet to act on a petition filed by EWG that calls on the agency to “sharply limit” the amounts of glyphosate residue allowed on food. EWG has also called on the EPA to put an end to the use of glyphosate as a preharvest desiccating, or drying, agent.

But the EPA rarely acts on behalf of the general public, it’s important to note. In fact, the agency has been colluding with Monsanto (now Bayer-Monsanto) for years to keep glyphosate on the market by claiming that the chemical is completely safe for humans – this being a total lie.

Amid ongoing litigation concerning glyphosate’s cancer-causing properties, Bayer-Monsanto is desperate to keep a lid on the truth – and the EPA is actually helping the company to continue deceiving the public about it. But EWG’s petition, which includes 19 food companies that agree with its demands, has already been signed by more than 80,000 people, meaning the EPA can’t ignore it forever.

Prior to 1993, the EPA actually had standards in place to prevent excess glyphosate from getting into food. But those standards have since been abolished, which explains why the American food supply is becoming increasingly more toxic with each passing day.

“EWG’s petition, currently under consideration by EPA, calls on the agency to return to its health-protective 1993 standard,” EWG reports. “But it could take years for EPA to act, and the agency has been caught colluding with Monsanto to promote the claim that the chemical is safe.”

“The only way to quickly remove this cancer-causing weedkiller from foods marketed to children is for companies like General Mills and Quaker to use oats from farmers who do not use glyphosate as a desiccant,” EWG goes on to explain, adding that more than 236,000 people have already signed a petition calling on these two companies to stop sourcing oats from farms that use glyphosate as a preharvest desiccant.

You can sign that petition yourself at this link.