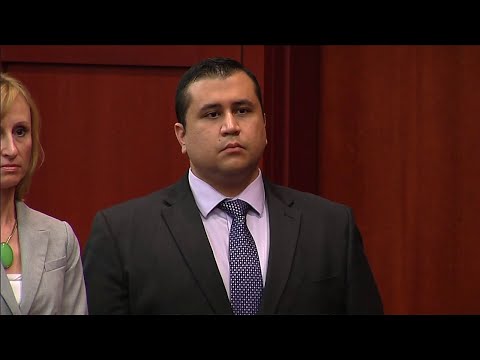 George Zimmerman is suing Trayvon Martin’s family, attorneys involved in the case and even a book publisher for defamation that stems from using a witness that gave false testimony against him during trial proceedings back in 2012.

BARTOW, Fla. — Neighborhood watch volunteer George Zimmerman, who was acquitted of the 2012 killing of Trayvon Martin, is suing the teen’s parents, family attorney, the attorney’s book publisher and prosecutors who tried his case, claiming he was defamed when they allowed a witness to give false testimony in an attempt to incriminate him.

Zimmerman’s lawsuit, filed Wednesday, said a trial witness pretended to be the last person to talk to Martin by phone before he was killed when the witness was actually the half-sister of the caller.

According to the lawsuit, Brittany Diamond Eugene didn’t want to testify that she had been talking to Martin before he was killed. So her half-sister, Rachel Jeantel, pretended that she was talking to the teen before he was fatally shot. Jeantel ended up testifying at Zimmerman’s 2013 trial in Sanford, Florida.

Martin was killed during a struggle with Zimmerman, who was a Neighborhood Watch volunteer.

Martin was black. Zimmerman’s father is white and his mother is Hispanic. Zimmerman’s trial raised questions about race and Florida’s “stand your ground” self-defense law which allows people to use force without retreating if they feel threatened.

In a statement on Wednesday, Martin family attorney Benjamin Crump called the allegations “unfounded and reckless.”

For the first time, George Zimmerman defends his decision to sell the gun he used in the fatal shooting of Trayvon Martin.

“This plaintiff continues to display a callous disregard for everyone but himself, re-victimizing individuals whose lives were shattered by his own misguided actions. He would have us believe that he is the innocent victim of a deep conspiracy, despite the complete lack of any credible evidence to support his outlandish claims,” Crump’s statement said. “This tale defies all logic, and it’s time to close the door on these baseless imaginings.”

Zimmerman’s lawyer in the lawsuit, Larry Klayman, was planning a news conference in South Florida on Thursday to discuss the complaint. The lawsuit seeks $100 million, alleging malicious prosecution and conspiracy.

Klayman is a conservative activist who founded the watchdog group, Judicial Watch.

I got a little excited until I read that.

In addition to his numerous lawsuits against the Clinton Administration, which led him to be called a “Clinton nemesis”,[8] Klayman has filed a number of lawsuits against political figures and governmental agencies.[9] Klayman’s goal in initiating the lawsuits is often to obtain information through the discovery process, rather than winning the lawsuit.[9] Most cases brought by Judicial Watch or Klayman himself fail.[10][11] –Source Wikipedia

I know Wikipedia is not the best source for things conservative, but in this case they are on the money.

Here’s some of Larry’s past & recent work:

Word around conservative water coolers is that Larry Klayman is an ambulance chaser who likes to see his name in the paper. So actually Wikipedia’s description of him is rather complimentary compared to that.

But if he wins this time, we will be sure to print his victory column.

This is one of those stories that people will read and get excited about, but…

I’m sorry to tell you that it’s really not much of a story because of who is representing Zimmerman.

Still, it is a valid case because the witness in question was a total fraud.

If Zimmerman hired an attorney that had a history of winning high profile cases, he might actually have a good case here.

That’s just my opinion and I do hope I am wrong because Zimmerman and Klayman have a really good case based on the false witness testimony in the show trial.