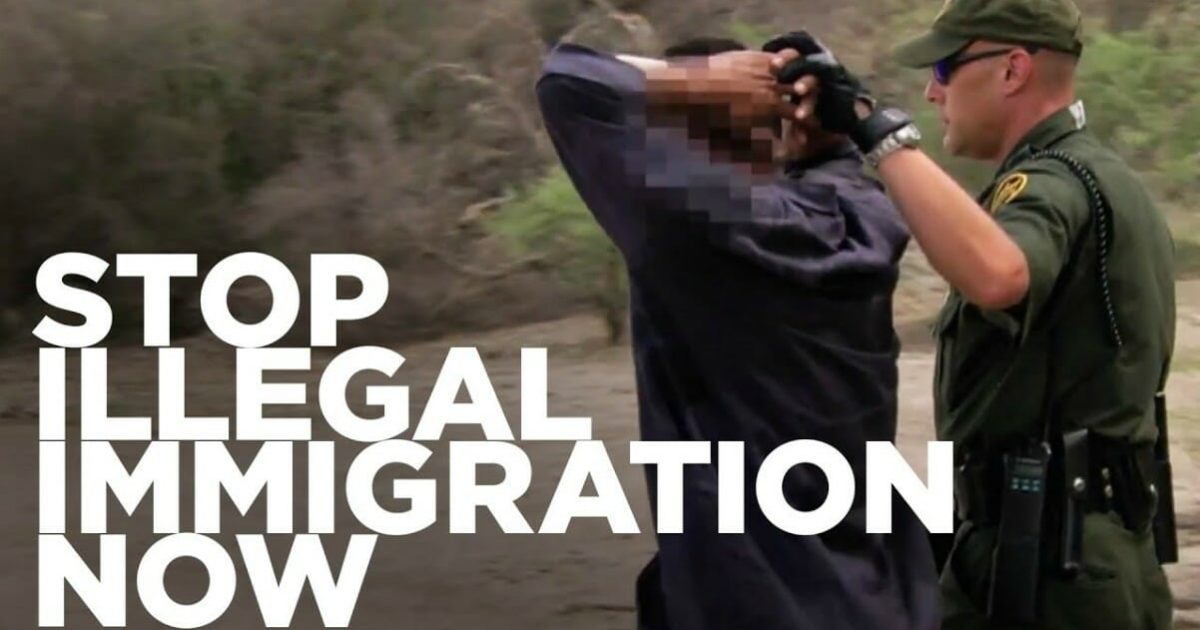 According to the prestigious Pew Research Center, the new 51 percent majority ethnic group in America by 2042: Hispanics-Latinos-Mexicans.  (www.PewResearchCenter.org)

Today in America, our U.S. Congress imported 45 million people born in other countries.  Additionally, our Congress allowed 23 to 25 million illegal aliens to cross our borders and now inhabit all 50 states.  Additionally, our Congress allows 300,000 pregnant illegal alien women to birth their babies once they violate our borders to become “anchor babies” with all the privileges of citizenship. (Source: Yale Report on Illegal Immigration, Oct 2018)

In 1965, European-Americans who designed the U.S. Constitution and created the most successful civilization on this planet—enjoyed 90 percent population dominance.  Black Americans held 7 percent and Hispanics enjoyed 3 percent.  Additionally, at current immigration and birthrates, Muslims will become a dominant force in cities where they enclave.

“One of the great taboos promulgated by leftists – including the left-wing national media is that every race is encouraged to promote their own interests… except for Whites. You see, some Whites are descended from slave owners, so that makes all Whites racist. Blacks, by the way, owned slaves. Slaves were captured in Africa by Africans, and were sold to pre-American slave traders via Muslim slave traders. Over a million Europeans had been captured and enslaved by Muslims.”

Whether you like it or not, if you enjoyed being a white-majority and/or a Black presence in America—within 22 years, blacks and whites will become new minorities in their own country.

Epigone said, “The Great Replacement is a term that describes one mechanism by which this transition is being accomplished. That is, the importation of people from third-world countries who favor big government and who ultimately vote for the Democrat party which promises them an unending stream of taxpayer-paid benefits.

“White, native-born Americans are being displaced without their permission within their own country. Open borders policies are effectively electing a new people – who don’t necessarily endorse the principles under which America was founded.”

The one understanding that most people don’t realize: all those 110 million more immigrants flooding into America by 2050—come to our country from failed countries, failed civilizations and utterly violent and destructive cultures.

As goes the White demographic, so goes America, and so goes Western Civilization. We’re not that far behind the immigration-driven demise of Europe. Read: The Strange Death of Europe by Douglas Murray.

What’s driving this mass displacement of Americans out of their own country?  The democrats WANT endless open borders to gain a stranglehold on Congress and the presidency.  Once in total command, they can and will open up America to 100 million, 200 million and onward to 300 million immigrants. U.S. Senator Teddy Kennedy along with his democratic buddies wrote the “1965 Immigration Reform Act” that dumped 100 million immigrants onto the USA since 1965 to reach 300 million people in October 2006.

In his expose’ of America’s doom, James Kirkpatrick said, “By mid-century, Whites will be just another identity group in an America of squabbling nationalities.  No taboo will withstand this converging reality. It remains to be seen whether our Republic, let alone Western Civilization will be able to withstand this demographic onslaught.“

In his best-selling book, Patrick J. Buchanan wrote Suicide of a Superpower: Will America Survive to 2025?—Buchanan spelled out our country’s impending demise rather graphically.  After riding my bike through forty states in America this summer and 20 of her largest cities, I can attest to the fact that we stand in the crosshairs of a collapsing civilization brought about by our own leaders.  One critic said, “Not a pleasant or fun read. Most of us have an idea that our country, the USA, is sick. The question is what is the sickness, is it terminal or can it be cured. Mr. Buchanan attempts to answer these questions. In short, he finds us, and presents evidence for the conclusions that we are morally weak, with little love for liberty or life. The disease is terminal, and not far off, unless we reform ourselves, and quickly. As I said, Mr. Buchanan supplies evidence. And he does suggest what to do about it. We cannot remain an empire without a moral or industrial base. We will have to give up the role of global policeman, and rebuild first at home. His conclusions are not going to be popular, though they were taken for granted a hundred years ago. They will involve discomfort, and change, not of the Obama sort. Suicide of a Superpower is not just good reading, it is essential for the well-being of our children. It needs to be read by every American, and action taken. We don’t have long.”

To help you appreciate what we face, I again ask you, an American citizen, how will your children live in this country with another 110 million legal immigrants pounded into every city and state in this country? How will your children deal with 110 million people from 196 different countries with their incompatible cultures, religions, languages and world views?  Do you think our country will survive as European-Americans become the new minority at 49 percent while all those citizens of failed countries become the new majority?  Do you think multiculturalism and diversity will thrive to makes us one big happy American family?

Answer: “Immigrants devoted to their own cultures and religions are not influenced by the secular politically correct façade that dominates academia, news-media, entertainment, education, religious and political thinking today,” said James Walsh, former Associate General Counsel of the United States Immigration and Naturalization Service. “They claim the right not to assimilate, and the day is coming when the question will be how can the United States regulate the defiantly unassimilated cultures, religions and mores of foreign lands?  Such immigrants say their traditions trump the U.S. legal system.  Balkanization of the United States has begun.”

Solutions to change course for America: