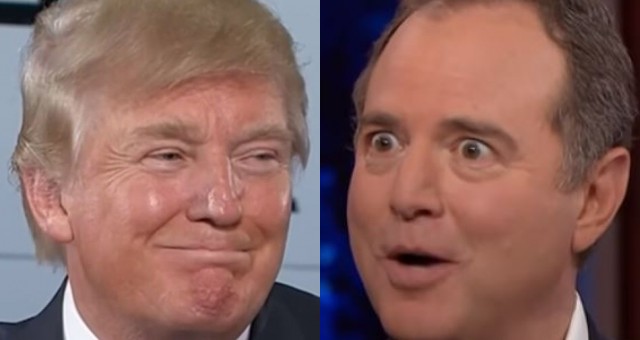 All conversations about the Dem committee report are being overshadowed by repeated references in the report to phone records.

The Committees uncovered evidence of close ties and frequent contacts between Mr. Solomon and Mr. Parnas, who was assisting Mr. Giuliani in connection with his representation of the President. Phone records show that in the 48 hours before publication of The Hill opinion piece, Mr. Parnas spoke with Mr. Solomon at least six times

John Solomon is a journalist. The Democrats may not agree with him. Republicans don’t agree with CNN. Solomon was and is investigating areas involving Dem scandals. This is a blatant attempt at intimidating opposition media. With the approval of the same corporate media claiming that every Trump tweet is a threat to the First Amendment.

And the Dem document makes it clear from the start that John Solomon is a target.

In April, Mr. Solomon continued to publish opinion pieces about Ambassador Yovanovitch and other conspiracy theories being pursued by Mr. Giuliani on behalf of President Trump. Mr. Solomon was not working alone. As further described below, there was a coordinated effort by associates of President Trump to push these false narratives publicly, as evidenced by public statements, phone records, and contractual agreements.

The Steele Report was fed to David Corn of Mother Jones. Republicans didn’t obtain Corn’s phone records to show whom he spoke to.

But these are apparently the new rules.

Rep. Nunes is a member of the political opposition. John Solomon is a journalist. Giuliani was President Trump’s lawyer.

Victoria Toensing, a lawyer who, along with her partner Joseph diGenova, once briefly represented President Trump in connection with Special Counsel Robert Mueller’s investigation, also was in phone contact with Mr. Giuliani and Mr. Parnas at the beginning of April.8

And this isn’t limited to Trump’s lawyers.

On that same day, Mr. Giuliani had a series of short phone calls (ranging from 11 to 18 seconds) with a phone number associated with the White House, followed shortly thereafter by an eight minute, 28 second call with an unidentified number that called him. Approximately half an hour later, Mr. Giuliani had a 48 second call with a phone number associated with Ambassador John Bolton, National Security Advisor to the President

Phone records obtained by the Committees show a 16 minute call on August 5 between Ambassador Volker and Mr. Giuliani

House Dems were able to obtain phone records for Giuliani with the cooperation of AT&T.

I would suggest that Republicans start demanding phone records of Democrat and media players, but we know exactly how that would play out. AT&T would lawyer up and rush to a Clinton or Obama judge. Republicans would be accused of intimidating the press and imitating J. Edgar Hoover.

As CNN reminds us, AT&T is part of the enemy camp.

The phone records, which are labeled in the report’s endnotes as coming from AT&T, show a web of communications between Solomon, Trump personal attorney Rudy Giuliani, Ukrainian American businessman Lev Parnas, Nunes and the White House’s budget office. CNN is owned by AT&T.

“Like all companies, we are required by law to provide information to government and law enforcement agencies. In all cases, we ensure that requests for assistance are valid and that we act in compliance with the law,” said Jim Greer, a spokesman for AT&T.

The House Committee is not a law enforcement agency. AT&T is under no legal obligation to comply with demands for the private information of its customers without something more than a request. But the big corps will, for the most part, happily roll over for their Democrat allies. Your private information isn’t private. And never has been.

But Trump should, at the very least, should see to it that AT&T loses its billions in government contracts. And face every federal investigation imaginable. If the corporate allies of the “resistance” don’t pay a price that their shareholders can recognize, this will only get worse.