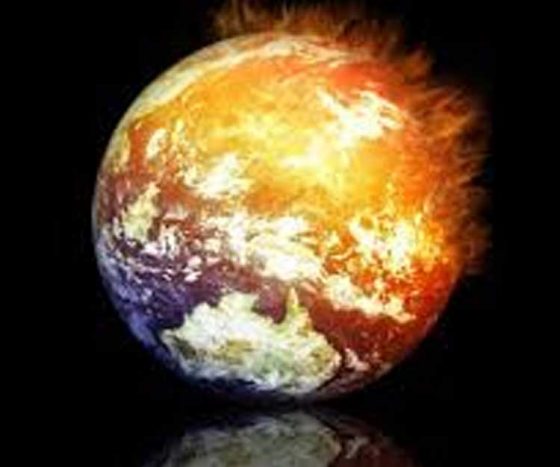 After beginning the series on Climategate to show that “man-made climate change” was debunked 10 years ago, perusing additional news led to a new conclusion – climate change activists are not willfully ignorant or stupid;  they are brain dead.  Being willfully ignorant and stupid requires one to have a brain in the first place.  When climate change activists stop traffic in Washington, DC, and chant support for Bill Nye – comedian, “science educator”, TV personality and mechanical engineer, who maintains the Earth is on the cusp of extinction, it affirmed these people are actually brain dead.

Climate change activists blocked traffic in Washington, D.C. Friday while chanting slogans expressing support for comedian Bill Nye “The Science Guy,” who regularly says the Earth is on the cusp of extinction.

Shut Down D.C planned to surround the World Bank in an effort to pester the financial institution into divesting itself of fossil fuel products. The demonstration coincides with a weekly rally led by 1960s actress Jane Fonda.

“Not only do the leaders of the major financial institutions know that they are contributing to the biggest existential crisis of our lifetime, they are preparing for it,” Raegan Davis of Shut Down D.C. said in a press statement ahead of the march.

Activists would rather shut down the World Bank if it is unwilling to take action on climate change, she added. Other activists appeared to chant praises for Nye, who said in 2017 that older generations might have to die out before young people can prevent climate extinction.

“We trust Bill Nye, climate change is not a lie,” the activists shouted while marching through the streets. “The planet is on fire, put the fire out.” They were holding a banner that read: “Extinction Rebellion.”

“We trust Bill Nye” – roffle mao.  Being a “science educator” is not the same as being an actual scientist.  Nye is a mechanical engineer who reads a script on television, written by someone else, performs “experiments” created by science contributors and relays what he is told to the public and children.  He’s a glorified science teacher.  One science teacher at a local high school refused to acknowledge that electricity can flow both from negative to positive and positive to negative because the textbook only cited positive to negative – the consensus is it really doesn’t matter, but the “convention” is positive to negative.

Nye suggests older individuals will have to die before the brain dead young people can prevent climate extinction.  You first, Bill.  Man might become extinct because of many things, but man-made climate change won’t be one of them.

Protesters shout at The World Bank

When you have the weight of the world on your shoulders but the beat hits pic.twitter.com/aJMkkfeSZO

Climate change was exposed as a sham ten years ago.  Yet, these activists will impede traffic based on lies perpetrated by a glorified science teacher and false data manufactured by tainted scientists to fit a political agenda.  Moreover, activists claimed the planet is on fire.  While volcanic activity is up, the planet is not on fire – just California.

If these activists think protesting is going to shut down the World Bank, their brain deadness is exposed for all to see.  All that happened was a traffic gridlock and arrest of protestors.  But, they continued on despite the arrests and actual proven scientific evidence debunking the hoax of man-made climate change.  The World Bank is so protected by corrupt governments that it will take way more than activist protests to shut it down.

Both the willfully ignorant and the stupid have brains to be able to read – the willfully ignorant ignore facts while the stupid just can’t comprehend the facts.  The brain dead do not read and just parrot what some “idol” said.  Even though what they say has proved to be false, they continue to say it anyway as though someone has a hand up their back and working their mouth – like Edgar Bergen did with Charlie McCarthy.  Blame the indoctrination centers known as government schools.

If these individuals are examples of leaders of the future. God help us all.