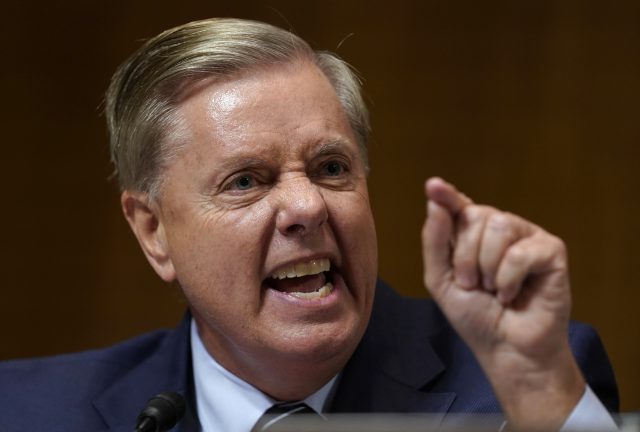 “The day of reckoning is here,” Graham told Sean Hannity

(TNS) Sen. Lindsey Graham (R-S.C.) has become something of an enigma to us.

There are times when we believe he’s solidly in the corner of President Donald Trump as a passionate defender not only of the president but of the Executive Branch.

And other times, through his inaction as chairman of the Senate Judiciary Committee in failing to call forth various Spygate witnesses to provide Americans answers to the greatest political scandal in the history of the republic, we wonder if he’s just another deep state RINO attempting to protect the swamp.

Still, during an appearance on Fox News’ “Hannity” program Friday, Graham laid out in detail what he — and the American people — want to see explained by Justice Department Inspector General Michael Horowitz in his long-awaited report on suspected abuses of the Foreign Intelligence Surveillance Act court by the Obama regime in obtaining surveillance warrants on 2016 Trump campaign figure Carter Page.

“The day of reckoning is here,” Graham told Sean Hannity in reference to how FISA warrants were obtained by James Comey’s FBI — in particular, whether agents like Peter Strzok used the bogus Steele dossier they all knew was paid for by the Hillary Clinton campaign to intentionally mislead the FISA court.

“I haven’t been briefed about the details” of Horowitz’s report, Graham added, “but I believe it shows a system completely off the rails for a long period of time, and that you really have to hate Trump not to be upset by what the Department of Justice and the FBI did.”

Graham added that “there’s some things they did, I believe, are dangerous to democracy.”

In terms of the FISA court itself, the South Carolina Republican said if the abuse “is as bad as I think it is, I would expect the court to make sure it never happens again.”

Yeah, but…the court changes. The federal judges who serve on the FISA court serve only one seven-year term. And, as Graham admitted, the bar is “pretty low” to get a counterintelligence surveillance warrant.

He also talked about “creating rules” to ensure that sham counterintelligence investigations can never happen again — and that’s well and good, but since the intelligence and counterintelligence processes are top secret anyway, there are no ‘new rules’ that we can add that won’t still require honest people in positions of power to honor them and carry them out.

We can’t ask for “transparency” either, because counterintelligence operations can’t be made public.

So what’s left? What can we do to ensure that people in positions of power remain true to their obligations to follow the law?

For one, we can prosecute violators of the current laws and rules in place under the Foreign Intelligence Surveillance Act, which created the FISA court in the late 1970s.

And we can hold others to account as well.

“I want to know, did Obama know” about the Spygate operation, Graham asked, noting that he most likely would have known about a counterintelligence operation involving the surveillance of a rival political campaign.

“And here’s the question I’m dying to know,” he continued. “If you really believed that [Trump campaign officials] were working for the Russians, why didn’t you tell President Trump so he could do something about it?”

Graham noted that the FBI told Sen. Diane Feinstein when the bureau discovered she had a Chinese spy driving for her (for two decades).

He noted that the FBI told Hillary Clinton about alleged efforts to compromise her 2016 campaign.

Then Graham referenced a “footnote in the FISA warrant application that I’m going to talk to you about a lot.”

Interesting. Time will tell if Graham is just another swamp rat or if he’s been playing a role all this time. Maybe he held off on hearings because he didn’t want to tip his hand or the hand of justice that AG William Barr and U.S. Attorney John Durham are onto the conspirators.

We’ll see. Graham has Horowitz scheduled to testify about his report on Wednesday — after it comes out on Monday.