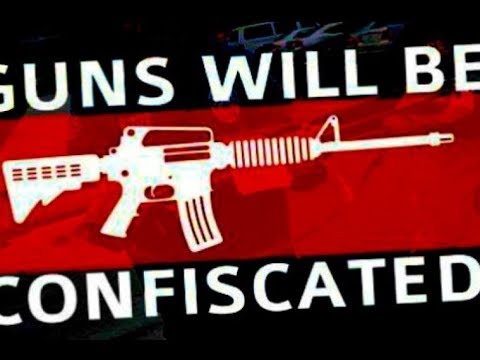 Virginia has been in the news lots after flipping blue last month.

There is a genuine concern that this is going to mean an eminent attack on the 2nd Amendment rights of Virginians.

Sheriff Scott Jenkins of Culpeper County is the latest to make a strong stand for his constituents “God Given” rights.

The sheriff of Culpeper County, Virginia deserves the praise of every American who holds the Second Amendment near and dear to their hearts. In the wake of numerous gun control proposals from incoming Democrat lawmakers, Sheriff Scott Jenkins has hit back, promising to deputize thousands of his constituents should any bill threaten their constitutional right to own firearms and thereby impact their ability to defend themselves and their loved ones.

Second Amendment Constitutional Counties pledge, through resolutions passed in their various legislative bodies, to not expend undue resources on the enforcement of laws they feel violate the Second Amendment.

Speaking in front of a packed house at the Culpeper Board of Supervisors Tuesday morning meeting, the sheriff had this to say:

“The right to bear arms—some believe that the Second Amendment gives us that right, when in fact it’s a God-given right. If you don’t believe in God, it’s a law of nature that every creature can defend their lives from threats,” Jenkins said.

“If the legislature decides to restrict certain weapons [in a way] I feel harms our community, I will swear in thousands of auxiliary deputies in Culpeper,” Jenkins said. “There’s no limit to the number of people I can swear in.” The sheriff added, “Personally, I don’t think some of the bills that are proposed will pass, I don’t think we’re that far left in Virginia.”

Jenkins is serving his third term in the elected office. According to the Culpeper Star-Exponent, he would not refuse to enforce laws he disagreed with but instead would work around them through a process of deputization.

Virginia has been making the news ever since their legislature, the Virginia General Assembly, fell into the hands of Democrats. It didn’t take long for these new legislators to flex their muscles by prefiling a number of gun control bills for review during the upcoming 2020 legislative session.

Here’s a brief rundown on some their most pernicious proposals:

Virginians are in a mad scramble to protect their God-Given right of self-defense.

Yes, they are not just going after guns but also other forms of self-defense and self-defense training in Virginia.

The obvious questions are…

How stupid do they think people are?

And… Why would they wish to intentionally leave their own citizens defenseless?

It’s time to wake up America.

Put down things that distract you and look forward with your eyes wide open.