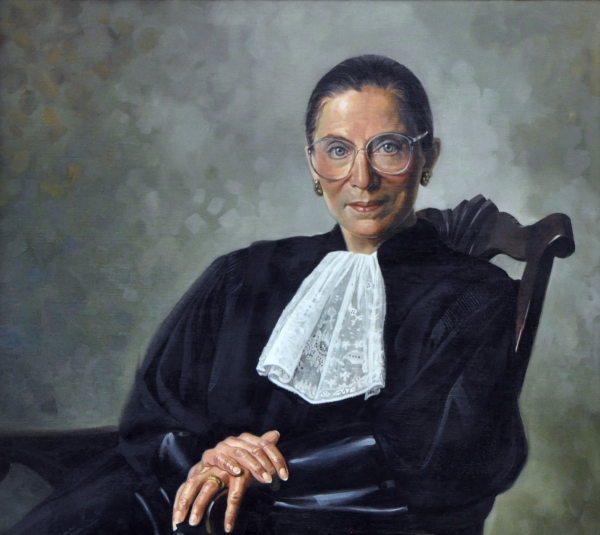 (TNS) Supreme Court Justice Ruth Bader Ginsberg may indeed by a rock-solid liberal but you can’t call her a blatant partisan, not after a ruling she issued on Friday.

As readers know, the Garbage Party has been trying to get President Donald Trump’s tax returns now for going on three years because for some reason they believe they have a ‘right’ to see them.

Mind you, they don’t; there is no constitutional requirement for presidents or presidential contenders to reveal their personal finances to voters.

So Trump, when he refused in 2016 to publish his tax returns, was well within his rights, constitutionally and otherwise.

In fact, you could say that under the Fourth Amendment’s privacy protections, the president shouldn’t have to show these people anything.

In full, the Fourth says:

The right of the people to be secure in their persons, houses, papers, and effects, against unreasonable searches and seizures, shall not be violated, and no warrants shall issue, but upon probable cause, supported by oath or affirmation, and particularly describing the place to be searched, and the persons or things to be seized.

So there’s that. There’s also a modern-day tax enforcement construct — the Internal Revenue Service, which already has incredible power — that would have long ago tagged Trump and his business empire with charges if the man had done anything wrong.

So really, all Democrats are trying to do is embarrass the president — like that’s going to peel away any of his support.

Thus far, judicial activists on lower federal courts have gone along with the charade.

“So far, Obama-appointed judges have ruled that the accounting firm that handled Trump’s tax returns hand over the documents. Another said that Deutsche Bank and Capital One have to turn over his banking records,” Townhall noted Friday.

The president’s legal team asked the Supreme Court to intervene on an emergency basis, as The New York Times reported (yeah, we know):

A federal appeals court said Tuesday that Deutsche Bank must turn over detailed documents about President Trump’s finances to two congressional committees, a ruling that will most likely be appealed to the Supreme Court.

The decision by the United States Court of Appeals for the Second Circuit in New York was the latest victory for House Democrats investigating Mr. Trump and his businesses. And it put extensive information about Mr. Trump’s personal and business finances — which the president has spent years fighting to keep secret — one step closer to becoming public.

Democratic-controlled House committees issued subpoenas to two banks — Deutsche Bank, long Mr. Trump’s biggest lender, and Capital One — this year for financial records related to the president, his companies and his family. Mr. Trump sued the banks to block them from complying.

The ruling by a three-judge panel comes at a perilous time for Mr. Trump, who is facing an unrelated impeachment inquiry in the House.

But wait…enter Ginsberg. She has signed off in blocking the release of those documents. POLITICO noted:

Trump had asked Ginsburg to consider the emergency request earlier Friday. The temporary stay sets the issue on hold pending full consideration by the high court, it does not reflect how judges will rule in the underlying case.

It’s not known if the full high court will rule in favor of the president, but it ought to.

The Democrat effort to obtain the president’s tax returns is not just unprecedented, it is clearly partisan. Besides, again, if the president and his business empire had run afoul of the nation’s tax collection agency, he would have been charged or penalized for it by now.

As for Ginsberg, well, frankly, we’re surprised by her ruling. Pleasantly. It’s about time this president caught a break in the federal courts.

His personal taxes are his personal business. They shouldn’t be politicized by a bunch of under-achieving partisan hacks in Congress who ought to be doing constructive work — like passing a defense budget, funding infrastructure, working to lower prescription drug prices, approving USMCA and securing our borders.