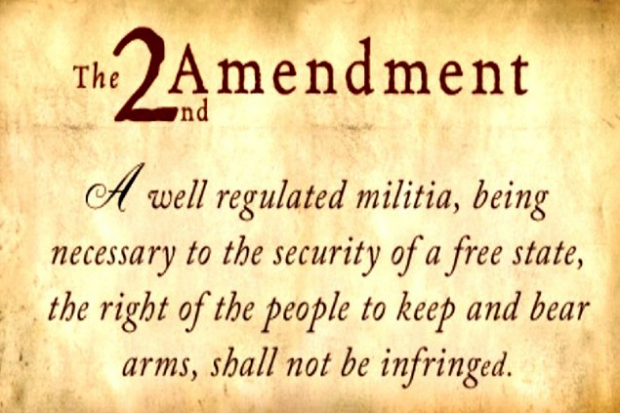 This story is a perfect example of why everyone should be armed as often as possible.

This situation could have ended badly if it weren’t for a Father that fought for his family and was able to take the gun from a home intruder and shoot the intruder with his own firearm.

From The Atlanta Journal Constitution:

One man is in custody after getting his gun taken from him while robbing a family inside their Smyrna apartment, authorities said.

According to Smyrna police, Antoine Brooks-Webb entered the home armed with a handgun and demanded money from a man in front of his wife and their son.

He then threatened to shoot the child if his demands were not met, according to Brooks-Webb’s arrest warrant.

Police said the father fought back, grabbing the gun from the would-be robber and turning it against him.

“He was able to wrestle a weapon away from him and use it against his attacker,” Smyrna police spokesman Sgt. Louis Defense told the news station.

When reading stories like this, we have to wonder if we could have done what this brave father did.

Maybe we even wonder if we would have had the courage to try.

WJCL Atlanta has this:

Police in Georgia say a father protected his family from a pair of home intruders when he wrestled one of the men, took his gun and shot the suspect.

A father protected his family from a pair of home intruders when he wrestled one of the men, took his gun and fired it, police in Georgia say.

Police identified one of the suspects as Antoine Brooks-Webb.

“He aggressively, and violently, with evil intentions, entered into the home,” said Defense.

Brooks demanded money and threatened a man, his wife and their son, police said.

According to the warrant, he said if the parents did not meet his demands, “The child would be shot.”

“He was able to wrestle a weapon away from him and use it against his attacker,” said Defense.

A judge deemed the suspected home intruder a danger to the community. Defense said Brooks-Webb will be taken to the Cobb County jail when he’s released from the hospital.

We can never let the Gun Grabbers win in America.

This man is a hero but he is also very lucky.

As a 50-year-old man, in less than perfect health, I wonder if I could have taken the gun from that young punk.

We have to be honest with ourselves.

The moral of the story is to stay armed whenever & wherever possible and have a plan to get to your firearms easily should trouble come looking for you at home.

This man is a hero, but he could have easily become a dead man.

NEVER GIVE UP YOUR GUNS!

Axes don’t work when you are staring down the barrel of a loaded gun.

If you get caught without your sidearm you might have to find out if you can do what this brave Father did.

I suggest you limit the chances of that happening.