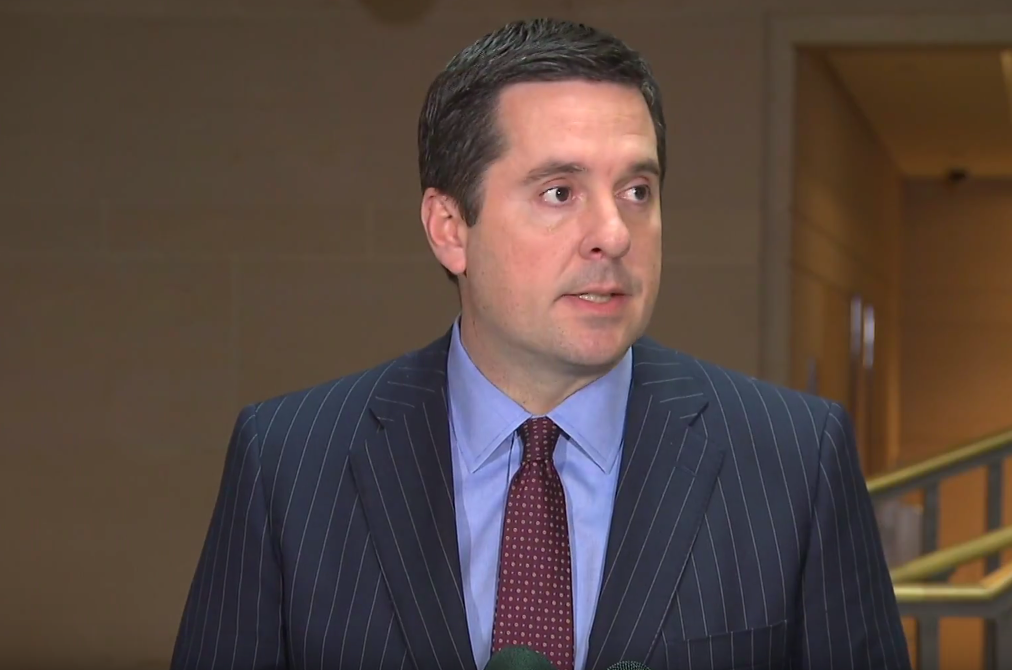 Rep. Devin Nunes appeared on Fox’s “Sunday Morning Futures,” where he addressed the Russia investigation, in light of the pending release of the report from Justice Department Inspector General Michael E. Horowitz about possible Foreign Intelligence Surveillance Act [FISA] abuse by the FBI during the probe.

The report, which is expected to be released Monday, may confirm or refute assertions made by Republicans and Trump regarding the acquisition of a warrant to conduct surveillance of former Trump campaign adviser Carter Page, Fox News reports.

Nunes was at the forefront of the GOP’s attack on the FBI’s methods, claiming they misrepresented evidence and left out exculpatory information about Page that affected the court’s decision to grant the warrant and subsequent renewals.

“They key is whether or not what the House Intelligence Committee Republicans gave to the American people in February of ’18, whether or not that was true or not true,” Nunes said referring to his claims about possible FBI misconduct. “The additional evidence that Horowitz comes up with, that’ll be great for us, because we’re really interested if he found the exculpatory evidence that wasn’t provided to the FISA court.

“We know there’s exculpatory evidence that we’ve seen on Carter Page that they didn’t give to the FISA court. That’s critical,” Nunes said.

The Daily Caller News Foundation reports that the bureau relied heavily on the unverified Steele dossier in four applications for surveillance warrants against Page. The applications asserted that there was probable cause to believe Page was working as an agent of Russia. The special counsel’s report undermined that theory by saying there was no evidence any Trump associates worked as Russian agents or conspired with the Kremlin to influence the 2016 election.

Republicans have long hinted at exculpatory information that the FBI withheld from FISA court judges. Nunes, the top Republican on the House Intelligence Committee, began in 2018 calling for the declassification of 21 pages in the fourth and final FISA application against Page. Those portions of the FISA applications have yet to be declassified, and it remains to be seen if Horowitz’s report will unveil the information.

The California representative also addressed reports that a former FBI lawyer who led the Russia probe in its earliest stages altered documents that were included in the Page FISA applications. The New York Times and Washington Post have reported that the lawyer, Kevin Clinesmith, has been referred to the Justice Department for further investigation.

Clinesmith has been identified as the FBI attorney who sent anti-Trump text messages, including one stating, “Viva le Resistance.” Clinesmith also took part in at least one interview with George Papadopoulos, a former Trump campaign adviser who is alleged to be the catalyst for the Trump-Russia investigation.

“If the news story’s true about the head lawyer doctoring evidence, that would be massive,” Nunes said of the reports about Clinesmith.

“That’s ultimately going to be the key,” Nunes said, “is, what does Durham find in looking at this entire debacle, which is targeting a political campaign by the FBI and the Department of Justice.”

Unlike Horowitz, Durham has the authority to file criminal charges.