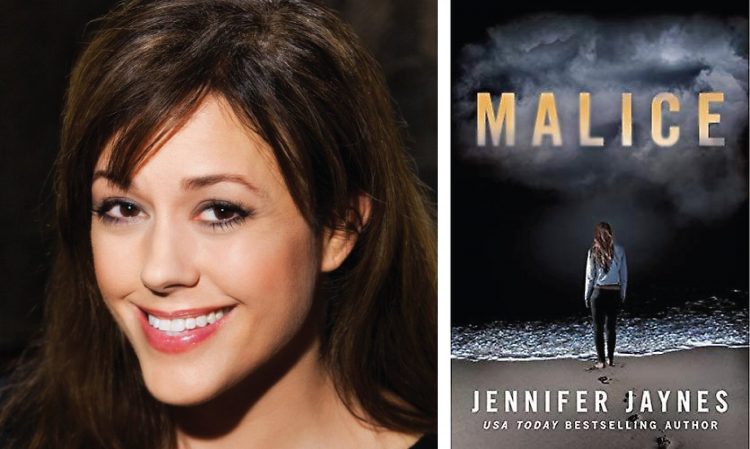 Jennifer Jaynes was a best selling novelist who wrote thriller novels that exposed the vaccine industry deception and its deep state ties.  She was found dead on November 25 with a gunshot wound to the head, leading to suspicions of foul play, despite her death being ruled a suicide.

Natural News has the story:

Jennifer Jaynes, USA Today bestselling author of Malice and other novels exposing the vaccine deep state, was found shot to death on Monday, November 25th, according to media reports (see links below).

Jaynes was a celebrated author whose books achieved USA Today bestseller status. Her novels showcased the criminality, child abuse and deep-rooted fraud of the vaccine industry.

She also wrote children’s books that focused on teaching children the importance of consuming nutritious foods. See her website, books, DVDs and more at www.JenniferJaynes.net

Her most recent book, Malice, explores the medical ethics battle of a character named Dr. Daniel Winters, who tries to expose a dangerous vaccine that the medical establishment knows is harming and killing children. Her thriller Malice is also available as an audio book on Audible.com. See four of her book titles at this link on GoodReads.com.

Jaynes was reportedly found with two gunshots to the head, according to AmarketNews.com. (Not one gunshot, but two.) The death was reportedly ruled a “suicide,” which begs the question of how a person can shoot themselves in the head twice.

Many of her fans suspect Jaynes may have been murdered by the vaccine industry, which has a long history of advocating criminal fraud, bribery and kickbacks, outlandish medical experiments on human children, coordinated science fraud and other heinous crimes.

Jennifer Jaynes wrote thrillers. Subject matter? Toxic, life-threatening vaccines. And how corrupt institutions KNOWINGLY administer them to innocent civilians. Jennifer was shot TWICE in the head. Death: Ruled a suicide! They’ll murder your peers. And mock YOU. Doubt it not.

It wasn’t just these people making these comments.  Health activist Erin Elizabeth of HealthNutNews.com pointed out that previous reports that indicated that Jaynes was shot twice in the head were inaccurate.

Later the sheriff’s office would confirm that there was only one shot, not two that took the life of Jaynes.

Sgt. Larry Christian, spokesman for the Smith County, Texas, Sheriff’s Office, told Lead Stories it involved just one shot and it was ruled a suicide:

“On Monday, November 25, 2019 at 10:49 a.m., the Smith County Sheriff’s Office did respond to a call for service in the Hideaway Lake community near Lindale, Texas. This call did involve Jennifer Jaynes who had died from a single, self-inflicted gunshot wound. I hope this helps you, sir.”

Her boyfriend posted to Facebook a note to let followers know that she had died, but stated, “Please also know that Jens passing had absolutely NOTHING to do with the anti vax world.  Those ARE just malicious rumors.”

Heavy points out that her boyfriend at the time of her death was a humanitarian and aid worker.

Jaynes’ boyfriend at the time of her death, Burke Bryant, is the Fort Worth-based president of the Humanitarian Aid and Rescue Project, according to his LinkedIn page. Bryant also works in commercial photography and videography. On his website, Bryant writes that he is co-authoring a psychological thriller and is “biohacking [body] for performance and optimization.”

Her online obituary, which is said to have been posted by her parents read:

Funeral services for Jennifer Jaynes, age 47 of Hideaway, Texas, are scheduled for 11:00 a.m. Saturday, November 30, 2019 at the Caudle-Rutledge-Daugherty Funeral Home Chapel in Lindale, Texas with Pastor David Hickey officiating. Jennifer passed away Monday, November 25, 2019. She was born October 30, 1972 in Minot, North Dakota. Jennifer was previously from Los Angeles, California and has lived in Hideaway for the past 9 years. She was an accomplished author having published 7 books and was both a USA Today Best Seller and Amazon #1 recipient.

While the boyfriend claims that this had nothing to do with anti-vaxx, I wonder if it might have a lot to do with mental struggles faced from the previous husband and that industry.  The only reason I bring that up is due to an interview I conducted with a young woman that got out of that industry, and even when she dated men in that industry, it was not a good thing and was quite abusive.

Finally, Jaynes was noted as one of 2019’s top health heroes.

The individual in question is USA Today best-selling author Jennifer Jaynes, who made a name for herself publishing novels such as Malice that present fictitious scenarios aimed at exposing the very real vaccine deep state, which is little more than a criminal racket driven by greed.

Whatever the reason for her death, I’m sure she is going to be missed by many in the world.