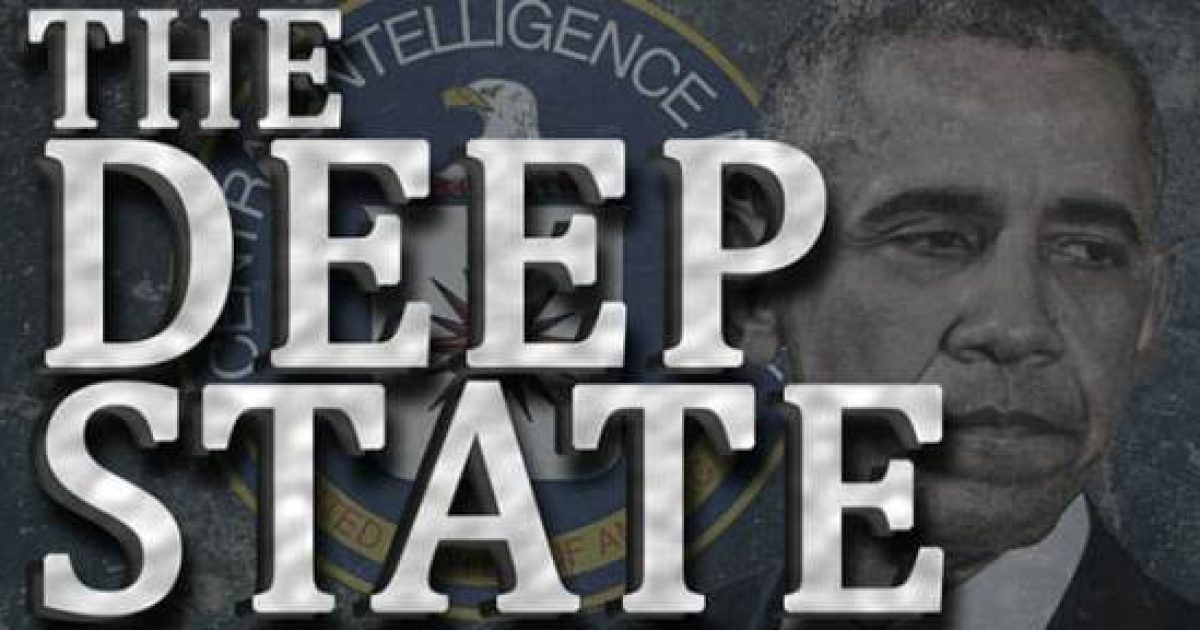 The IG report was finally released on Monday, and boy was it a doozy.  It detailed literally dozens of very serious errors committed by the FBI during their investigation of the Trump campaign, and Republican leaders are absolutely outraged about what this report has revealed.  Apologists for the deep state are attempting to characterize these very serious errors as “mistakes”, but if they truly were “mistakes” we are talking about systematic incompetence on a scale that is difficult to comprehend.  Have we really gotten to the point where “the best and the brightest” in federal law enforcement are unable to perform basic tasks competently on a consistent basis?  Of course many top Republicans believe that something far more sinister is going on.  Many of them are entirely convinced that the deep state actually tried to destroy Donald Trump, and they believe that the American people are entitled to answers.

If you want to read the entire thing yourself, it is 476 pages long and you can find it right here.  Ultimately, the IG report concluded that “many basic and fundamental errors were made by three separate, handpicked investigative teams”, and quite a few people could end up losing their jobs over this.  The following comes from USA Today…

The Justice Department’s inspector general offered a withering account of the FBI’s handling of multiple surveillance requests for former Trump campaign adviser Carter Page during the early months of the Russia investigation. The report described a process as so dysfunctional as to call into question the protocol for taking such a crucial investigative step – wiretapping a campaign operative – in a case involving a presidential election.

“That so many basic and fundamental errors were made by three separate, handpicked investigative teams on one of the most sensitive FBI investigations that was briefed to the highest levels with the FBI…raised significant questions regarding the FBI chain of command’s management and supervision” of the surveillance process, the report concluded.

Basically, we are being told that many of those working at the top levels of the FBI are massive screw ups that continuously violated their own policies over and over again by accident.

You can believe that if you want, but many key Republican leaders see things quite differently.  Here is a sampling of their reactions to the IG report…

–U.S. Attorney General Bill Barr: “The Inspector General’s report now makes clear that the FBI launched an intrusive investigation of a U.S. presidential campaign on the thinnest of suspicions that, in my view, were insufficient to justify the steps taken.”

–Special Adviser to the President and former Florida Attorney General Pam Bondi: “There are so many of us who are career law enforcement today are outraged and I think that the American people really should be terrified that this could happen to you,” Bondi said, calling it the report’s findings as a “horrible day for our country.”

–U.S. Senator Lindsey Graham: “I believe there will be no debate among reasonable minded people … about how the system not only got off the rails but, in my view, became a criminal enterprise to defraud the FISA [Foreign Intelligence Surveillance Act] court, to deny American citizen Carter Page his constitutional rights and to continue an operation against President Trump as president of the United States that I think was fundamentally flawed and unlawful,” Graham said during a press conference.

–U.S. Representative Mark Meadows: “And after reading this, it’s no wonder we’ve been seeing defensive leaks in the New York Times and CNN. And that the Democrats rushed to hold an impeachment hearing the same day. It’s every bit as bad as advertised. And certainly worse than the media has been suggesting.”

The focus of the nation will soon shift back to the impeachment proceedings, and Democrats would like to make the IG report fade from the national stage as rapidly as possible.

But the reality of the matter is that this was truly a historic report.  Never before in American history has there been such a damning indictment of the FBI, and a whole lot of people need to be held accountable.

As John Solomon has documented, the report identified a total of 51 procedure violations in one FISA application alone…

Appendix 1 identifies the total violations by the FBI of the so-called Woods Procedures, the process by which the bureau verifies information and assures the FISA court its evidence is true.

The Appendix identifies a total of 51 Woods procedure violations from the FISA application the FBI submitted to the court authorizing surveillance of former Trump campaign aide Carter Page starting in October 2016.

A whopping nine of those violations fell into the category called: “Supporting document shows that the factual assertion is inaccurate.”

Unfortunately, the news cycle will quickly move on and most people will forget all about this.

Our society is literally falling apart all around us, and yet our biggest problems are rarely addressed and nothing ever seems to get permanently fixed.

It would be wonderful if major changes happened at the FBI as a result of this debacle, and this is a sentiment that White House Press Secretary Stephanie Grisham also expressed in her official response to this report…

The shocking report from the DOJ Inspector General shows an out-of-control FBI under President Obama and former Director Jim Comey. The report makes clear that the phony Steele Dossier was “central and essential” for the FBI to secure wiretaps from the FISA Court to spy on the Trump campaign. But the FBI repeatedly lied to the FISA Court to make Steele seem credible and to hide information showing that the Dossier was false. The Dossier was bought and paid for by Hillary Clinton and the Democratic National Committee – but that fact was hidden from the FISA Court. Astoundingly, when evidence was repeatedly uncovered showing no wrongdoing by candidate Trump, that also was hidden from the FISA Court. On top of all that, one FBI lawyer altered an email in an effort to continue and extend the wiretapping – and he has been referred for criminal prosecution. All of this shows a repeated effort to mislead the FISA Court long after the FBI was aware the “Dossier” was false, phony and could not be used justify spying on the Trump Campaign. The American people should be outraged and terrified by this abuse of power. This should never happen to another presidential candidate or any American ever again.

Sadly, this sort of thing will happen again, and probably way too soon.

The deep state has become an out-of-control monster, and it desperately needs to be tamed.