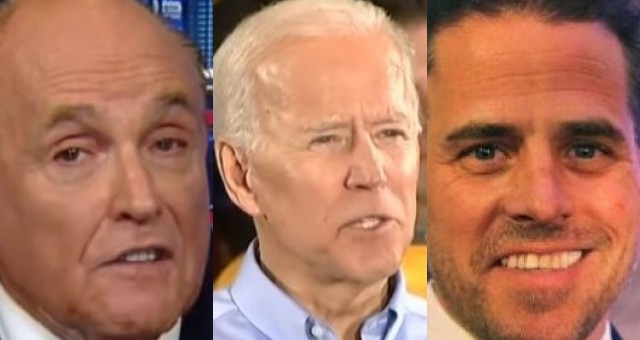 OPINION- (TNS) On Saturday before departing for Florida for campaign events, President Donald Trump told the media that his lawyer, Rudy Giuliani — in Ukraine for more investigative work regarding 2016 election corruption — had “found plenty” of “good information” during his trip there and to other European countries.

The president then said he believes Giuliani wants to present a report to the Attorney General William Barr and to Congress.

President Trump then coyly said he doesn’t know what his lawyer has found.

Well, One America News knows, and its correspondent Chanel Rion, who has been traveling with Giuliani on his visits to Ukraine and Hungary, filed a report Sunday that contained some bombshells.

No wonder Democrats are moving so quickly with impeachment.

— One Ukrainian official produced official communiques and documents he says proves that Obama’s U.S. Ambassador to Ukraine and ‘impeachment witness’ Maria Yovanovich perjured herself during her hearing;

— Another, Victor Shokin, the former Ukrainian prosecutor general, described how then-President Petro Poroshenko came into his office and told him he’d better stop investigating Hunter Biden or the country would lose a billion dollars in aid, as Joe Biden threatened (Shokin was fired);

— There are dozens of inquiries open into possible misallocation of U.S. funds in Ukraine, with the U.S. Embassy’s involvement.

Tracking down Ukrainian witnesses we collected hrs of testimony, documents, and stunning revelations.

Seems Dem impeachment set loose a chaos from which they are unlikely to recover.