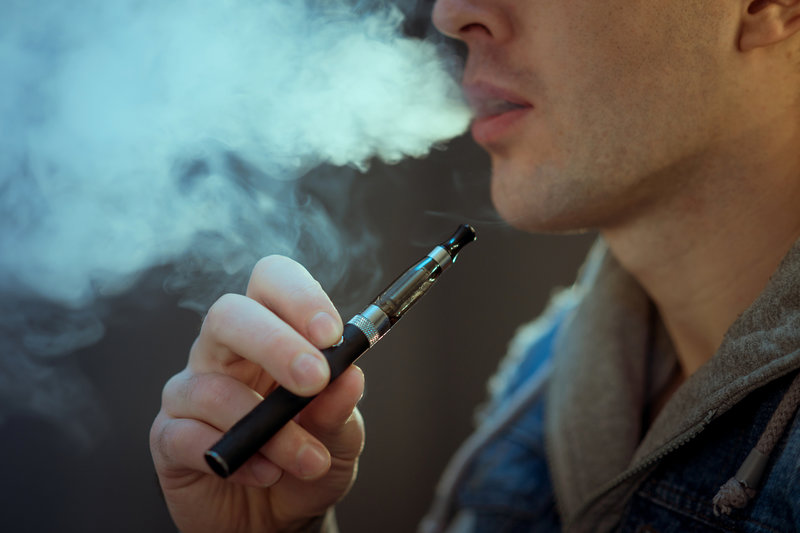 Raphael Rodriguez recently made the switch from smoking marijuana to vaping it, after taking a trip with a friend to a medical marijuana dispensary in Michigan.

Rodriguez believed vaping to be safe, as he purchased his cartridges at a “licensed and regulated” dispensary. Then last month, as reported by The Toledo Blade, he found himself in the hospital struggling to breathe.

Lung disease is just one tragic result of the normalization of marijuana. Car crashes are another. After legalization, fatal car crashes doubled in several states that chose to liberalize their marijuana policies.

Despite all this, the marijuana industry would have us believe that marijuana is neither addictive, nor harmful. I have a different opinion.

My 17-year-old son was addicted to vaping. He compared his behavior to that of a heroin addict, resorting to desperately heating empty marijuana cartridges with a lighter in order to eke out the last bit of noxious vapor.

Thankfully, he was able to get the help he needed and recently celebrated a year free from marijuana use.

Because of this fight, I founded Moms Against Marijuana Addiction and help counsel other parents going through similar situations. Organizations like mine are popping up everywhere, as awareness of the problem grows.

These are just some reasons why it is unfathomable the Senate would extend protections to the pot industry in the form of the SAFE Banking Act. The bill’s real name should be the “VAPE” Banking Act. The bill would allow pot companies access to the banking industry. Currently, they are barred from access.

This bill would further send the message to our young people that pot use is benign, safe, and even healthy.

The pot industry is currently marketing these marijuana vapes in the same manner that got Juul, the nation’s top vape company, into trouble: using flavors such as blueberry, lemon, mango, peach, and others, and flashy colors that appeal to young users. They are even advertising the products on social media using celebrities and young models.

A recent study found that in “legal” states, roughly 1 in 3 young people between the ages of 15 to 19 have interacted with social media advertisements for marijuana products. Those who engaged with such promotions were five times more likely to report using marijuana in the last year.

If our lawmakers bothered to look beyond the marijuana lobby’s talking points and dig into some research, they’d see that stories like the one involving my son are not uncommon.

About 1 in 3 marijuana users become addicted to the drug. Those who began smoking, vaping, or eating it prior to the age of 18 are four to seven times more likely to develop an addiction. According to the Hazelden Betty Ford Foundation, 84% of the patients in its Minnesota addiction center for young adults were diagnosed with a marijuana use disorder.

This is the reality of the marijuana industry: ensnaring young users and developing lifelong users. By passing the “VAPE” Banking Act, senators will be encouraging this behavior by inviting a massive influx of capital from profit-seeking investors.

In the end, it will only result in more tragic stories like that of my son, and others, who have come face to face with the reality of drug legalization. These pot barons should be stopped.

Tiffany Davidson is the founder of Moms Against Marijuana Addiction.