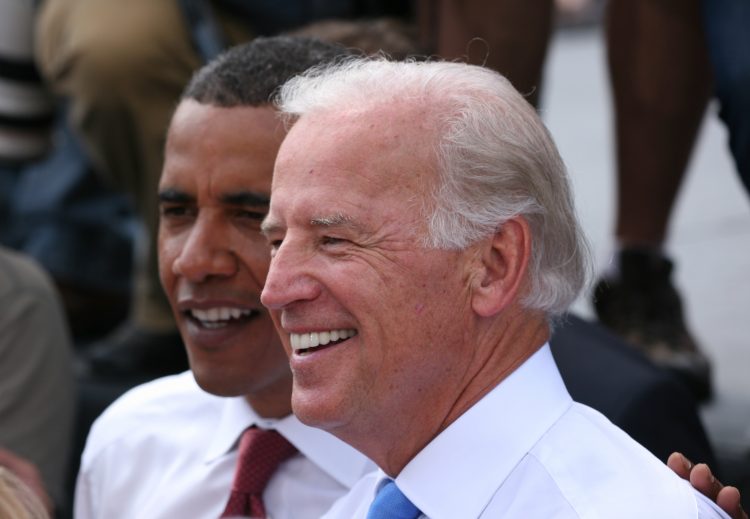 Joe Biden is still waiting on an endorsement from Barack Obama that may never come.

In the mean time, Crazy Joe has taken to writing his own narrative of his years as VP.

You’ve got to watch this video:

All of those Obama foreign policy failures can be blamed on YOU.

Thanks for clearing that up.

Here’s the story from Trending Politics:

The moment came after Martin asked, “You don’t think Donald Trump has fundamentally changed how the parties talk to each other and whether or not you can cooperate?”

“Donald Trump is the reason why you need someone who knows what they’re doing. Donald Trump,” Biden stated. “Name me somebody who’s going to be able to stand on the world stage and immediately command the respect of everyone in the world. Our enemies as well as our adversaries — as well as our allies. I know all these people. This is the only reason why I’m running this time is because of my experience.”

“Well,” Martin said, “Barack Obama was able to do it, and he didn’t have very much experience at all.”

“No, that’s not true. Think about it. That’s not true. What happened was one of the reasons Barack Obama picked me as vice president is because he lacked the background in foreign policy — he’s a brilliant guy. He knew what he wanted to do. He knew how to get it done. But notice, every time we had a problem on Capitol Hill, who went up and got it fixed? Answer the question. Who went up and got it fixed? See you’re not, you know the truth,” Biden shot back.

“It’s not my job to answer the question,” Martin stated.

“I know it’s not your job to answer,” Biden said.

Again, thanks for clearing that up Joe.

So President Trump is now cleaning up YOUR foreign policy messes and NOT Barack Obama’s?

Is this more evidence that Joe has lost his mind?

Or is he really dumb enough to accept all of the foreign policy failures of The Obama administration?

I’ve got news for you Joe.

If you really want to win the election you should distance yourself from those VP years and blame it ALL on Obama.

Don’t act like you were the guy calling the shots, because it has become clear in recent years that most of those shots missed the target badly.