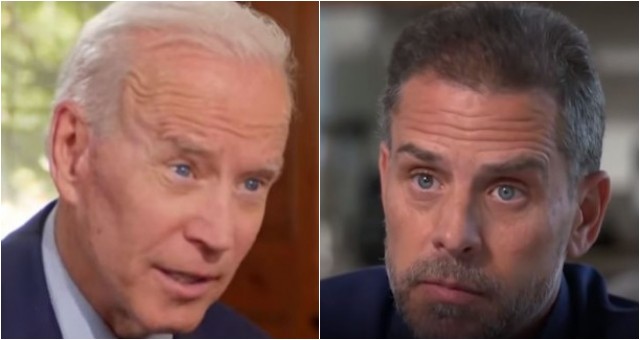 If you read news from conservative media you have no doubt been exposed to the stories of Hunter Biden taking millions upon millions in foreign cash from Ukraine.

In fact, it has been reported that Hunter Biden was being paid $50,000 a month and didn’t even have to show up for work.

But $50,000 a month is peanuts compared to what he pulled off within our own borders.

An investment firm linked to Hunter Biden received over $130 million in federal bailout loans while his father Joe Biden was vice president and routed profits through a subsidiary in the Cayman Islands, according to federal banking and corporate records reviewed by the Washington Examiner.

Financial experts said the offshore corporate structure could have been used to shield earnings from U.S. taxes.

Rosemont Capital, an investment firm at the center of Hunter Biden’s much-scrutinized financial network, was one of the companies approved to participate in the 2009 federal loan program known as the Term Asset-Backed Securities Loan Facility, or TALF.

Under the program, the U.S. Treasury Department and the Federal Reserve Bank issued billions of dollars in highly favorable loans to select investors who agreed to buy bonds that banks were struggling to offload, including bundled college and auto loans.

According to federal records, 177 firms participated in TALF, many of them well connected in Washington or on Wall Street. For investors, there was little risk and a high chance of reward. The Federal Reserve funded as much as 90% of the investments. If the bonds were profitable, the borrowers benefited. If not, the department agreed to take over the depreciated assets with no repercussions for the borrowers.

“It’s very complicated to become qualified as a TALF borrower or as a TALF fund, if you will,” Carol Pepper, a wealth management specialist, told Forbes in 2009. “But that’s an example of where, if you can get into a TALF fund, you can benefit from this government program.”

Under the terms for the program, any U.S. company looking to invest in select categories of bonds was eligible to apply for the loans. However, the Treasury Department and Federal Reserve maintained the “right to reject a borrower for any reason,” and the internal selection process was criticized by some lawmakers as opaque and open to corruption.

The Biden’s are swamp creatures.

They are everything wrong with American politics and business.

Since it doesn’t seem to be currently relevant, even the conservative media rarely mentions Hunter Biden’s biggest score of all.

I’ve heard this guy is now trying to hide his assets from his baby mama to try to avoid paying her.

It’s so bad that his attorney quit after a judge ruled the release of his tax returns.

He’s a millionaire and a deadbeat.

What I wouldn’t give to take a quick look at those tax returns.

The Bidens are bad people and they will screw anyone over for a buck.

Don’t think that Ukraine is the only place they did that.

How did that happen Joe?