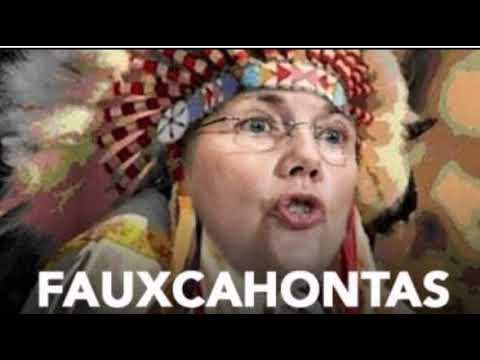 By Mark Sidney at We Are Biased Opinion Blog

Readers of our blog are likely familiar with one of my favorite sayings: ‘when someone shows you who they are, believe them!’

We begged everyone to heed this advice when Barack Obama promised he would be ‘fundamentally transforming’ the United States of America.

In case you forgot about that, here is the clip:

If there is one thing I can say about Obama, it is that he followed through on this promise, and as a result, we are now staring down the barrel of a technocratic, totalitarian Democrats party.

If the Democrats are able to steal back political, lawmaking and law executing power, I do not think they will EVER give up, no matter what.

Why all the doom and gloom?

Well, how about we take a look back at a letter that one of the front running Democratic candidates, Elizabeth Warren, sent to then President Obama, back in 2017, less than two weeks before Obama moved out of 1600 Pennsylvania Ave.

‘Ethel Rosenberg and husband Julius Rosenberg, two of the most notorious spies in US history, were found guilty of conspiracy to commit espionage in 1951 and were sentenced to death. The Rosenbergs were accused passing top-secret information concerning the atomic bomb to the Soviet Union. The Rosenbergs were the first U.S. citizens to be convicted and executed for espionage during peacetime.

Julius Rosenberg, an open communist, reportedly recruited Ethel’s younger brother, David Greenglass, to give information to the Soviets. While serving in the U.S. Army, Greenglass had been assigned to work on the famed Manhattan Project, which led to the creation of the atomic bomb, and he delivered notes and sketches of classified materials to Julius Rosenberg. According to Greenglass, Ethel took the notes and typed them up for the Soviets. This accusation seems to be the only direct evidence of Ethel’s involvement in her husband’s spying activities.’

Ethel Rosenberg and Elizabeth Warren Via The Gateway Pundit

‘President Dwight D. Eisenhower had this to say about the Rosenstein’s before their executions. “I can only say that, by immeasurably increasing the chances of atomic war, the Rosenbergs may have condemned to death tens of millions of innocent people all over the world. The execution of two human beings is a grave matter. But even graver is the thought of the millions of dead whose deaths may be directly attributable to what these spies have done.”

You can read the letter from Senator Elizabeth Warren to Barack Obama, in its entirety Here:

Via Chris McCarthy and Ken Pittman

Luckily, even the most radical President in modern history, Barack HusseinObama was not ballsy enough to do the bidding for this notorious US traitor.

This is a great example of Elizabeth Warren showing America, and the world, who she is …

Is this really the kind of person we want representing our nation? I think not.

This article originally appeared at We Are Biased Opinion Blog and was republished with permission.