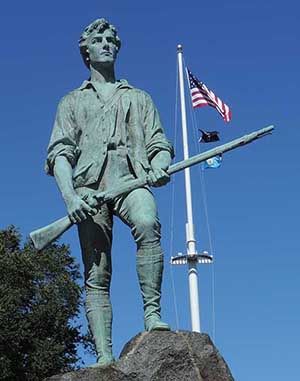 Time for a quick rerun.

Well, they now openly brag about replacing white people with a more compliant population group to ensure the posterity of the Founding Fathers watch as their rights are dismantled.

The Great Replacement is real, and it is in advanced stages in the Commonwealth of Virginia. And those employed by the New York Times couldn’t be happier (remember, in 2014, 23 percent of Northern Virginia’s population was foreign born).

SOUTH RIDING, Va. — Not long ago, this rolling green stretch of Northern Virginia was farmland. Most people who could vote had grown up here…they usually chose Republicans.

The fields of Loudoun County are disappearing. In their place is row upon row of cookie-cutter townhouses, clipped lawns and cul-de-sacs — a suburban landscape for as far as the eye can see. Unlike three decades ago, the residents are often from other places, like India and Korea. And when they vote, it is often for Democrats.

“Guns, that is the most pressing issue for me,” said Vijay Katkuri, 38, a software engineer from southern India, explaining why he voted for a Democratic challenger in Tuesday’s elections. He was shopping for chicken at the Indian Spice Food Market. “There are lots of other issues, but you can only fix them if you are alive.”

Mr. Katkuri’s vote — the first of his life — helped flip a longtime Republican State Senate district and deliver the Virginia statehouse to the Democratic Party for the first time in a generation… But while political leaders come and go, the deeper, more lasting force at work is demographics.

Once the heart of the confederacy, Virginia is now the land of Indian grocery stores, Korean churches and Diwali festivals. The state population has boomed — up by 38 percent since 1990, with the biggest growth in densely settled suburban areas like South Riding. One in 10 people eligible to vote in the state were born outside the United States, up from one in 28 in 1990. It is also significantly less white. In 1990, the census tracts that make up Mr. Katkuri’s Senate district were home to about 35,000 people — 91 percent of them white. Today, its population of 225,000 is just 64 percent white.

And what happens once Democrats weaponize demographic change to assume power?

Democratic lawmakers on Capitol Hill say local police who do not enforce gun control measures likely to pass in Virginia should face prosecution and even threats of the National Guard.

After November’s Virginia Legislature elections that led to Democrats taking control of both chambers, the gun control legislation proposed by some Democrats moved forward, including universal background checks, an “assault weapons” ban, and a red flag law.

Legal firearm owners in the state, however, joined with their sheriffs to form Second Amendment sanctuary counties, which declare the authorities in these municipalities uphold the Second Amendment in the face of any gun control measure passed by Richmond.

Over 75 counties in Virginia have so far adopted such Second Amendment sanctuary resolutions in the commonwealth, the latest being Spotsylvania County. The board of supervisors voted unanimously to approve a resolution declaring that county police will not enforce state-level gun laws that violate Second Amendment rights.

Virginia Democratic officials, however, already say local law enforcement supporting these resolutions will face consequences if they do not carry out any law the state Legislature passes.

“I would hope they either resign in good conscience, because they cannot uphold the law which they are sworn to uphold, or they’re prosecuted for failure to fulfill their oath,” Democratic Virginia Rep. Gerry Connolly told theWashington Examiner of local county police who may refuse to enforce future gun control measures. “The law is the law. If that becomes the law, you don’t have a choice, not if you’re a sworn officer of the law.”

Democratic Virginia Rep. Donald McEachin suggested cutting off state funds to counties that do not comply with any gun control measures that pass in Richmond.

“They certainly risk funding, because if the sheriff’s department is not going to enforce the law, they’re going to lose money. The counties’ attorneys offices are not going to have the money to prosecute because their prosecutions are going to go down,” he said.

“And ultimately, I’m not the governor, but the governor may have to nationalize the National Guard to enforce the law,” he said. “That’s his call, because I don’t know how serious these counties are and how severe the violations of law will be. But that’s obviously an option he has.”

Virginia Attorney General Mark Herring blamed the numerous Second Amendment resolutions in the state on the “gun lobby” as a tactic to frighten state residents.

“The resolutions that are being passed are being ginned up by the gun lobby to try to scare people. What we’re talking about here are laws that will make our communities and our streets safer,” Herring told CBS 6.

The dispossession of whites in Virginia is complete. The Great Replacement now brings on gun confiscation calls from the soon-to-be in power Democrats, all because predominately white counties far from Northern Virginia still believe in the 2nd Amendment.

Get it, yet whitey? Legal immigration by non-whites from across the world is being used to deprive you of your rights, all courtesy of the ballot box.

Georgia, Arizona, Texas, Florida, and North Carolina are next, all possibly by 2020. The Great Replacement is not only real, but leveling the civilization our ancestors built in the United States and slowly – but surely – erasing the rights we were granted.

Sadly, we are learning they are not inalienable, but easily defeated simply because demography is destiny. And democracy is nothing more than a racial headcount.