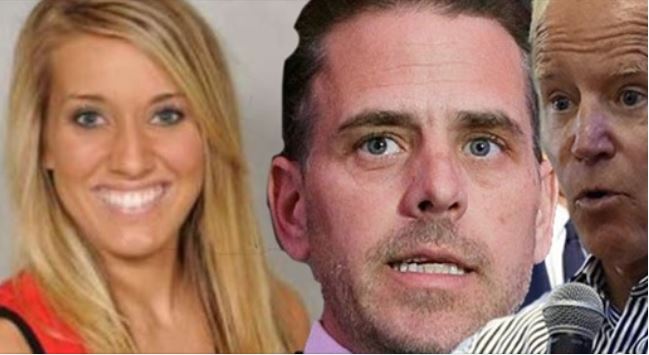 Opinion| Mark Sidney at We Are Biased Opinion Blog– For those of you who are not already familiar with Hunter Biden’s … character, let me take you on a stroll down memory lane.

-Hunter Biden has been accused of smoking crack in multiple clubs across the US.

-Hunter Biden has been known to frequent ‘strip clubs’, dropping thousands of dollars in a single night.

-Hunter Biden impregnated an exotic dancer and denied the child was his, until a paternity test proved otherwise.

-Hunter Biden used to be on the board of Burisma Holdings, which is owned by a Ukrainian Oligarch.

-Hunter Biden is exactly who you pray your child does not grow up to be.

In under two weeks Hunter Biden is in for a **** show, when his former lover, and baby momma, Ms. Roberts’ counsel will question him.

Things have not been going Hunter’s way in the last week or so. Not only did the Biden boy blow off a court hearing that was set up to deal with his child support payments, but his own lawyer quit on him.

Lunden Roberts, the mother of Hunter Biden’s baby, will get to grill Joe Biden’s scandal-ridden son under oath about his finances while he was on the board of an Ukrainian oil company, according to court papers obtained exclusively by DailyMail.com.

Biden, 49, is expected to bring all his financial records as Robert’s legal team plans to question him about his monthly earnings serving as a board member for Burisma.

The two are currently engaged in a high-profile paternity case after Roberts, 28, filed suit against Biden in May, seeking child support for their 16-month-old child.

The deposition will take place a few days before Christmas, on December 23, at 9am in Little Rock, Arkansas, according to court documents filed on Wednesday.

Now Hunter is refusing to pay Lunden Roberts’ $11,000 legal bill so she is turning the screws on Biden and demanding to know how much Burisma Holdings paid him.

Hunter had a child with 28-year-old Lunden Roberts after meeting her at a DC strip joint where she worked as a stripper and she is not being compliant — she is demanding a hefty child support payment!

Hunter Biden claimed in a sworn statement that he is currently in debt, unemployed with no monthly income.

Portions of this article appeared at We Are Biased Opinion Blog and was republished with permission.