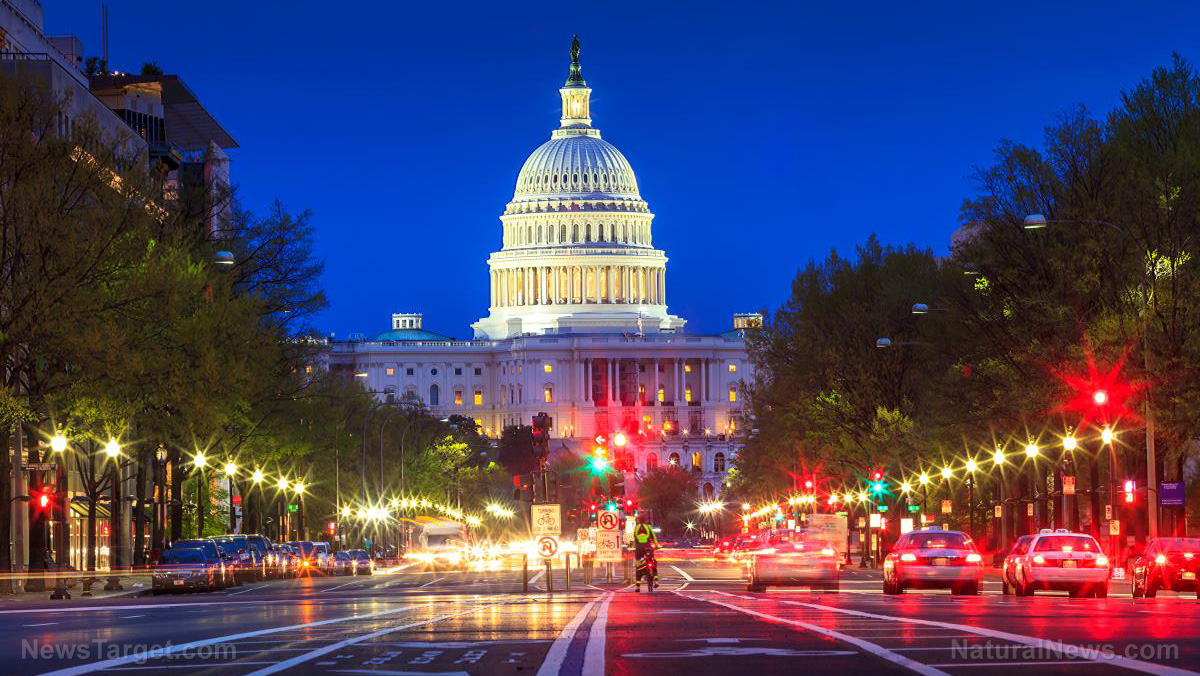 (Natural News) We have a lot to thank Trump for, but among the most important is the idea that Trump has caused the corrupt, fraudulent, lying specter of “Big Government” to fully reveal itself for what it truly is.

Does anyone trust the FBI after reading the shocking findings of the Horowitz (IG) report? Not on your life.

Does anyone believe the Democrats are pursuing legitimate “impeachment” based on legitimate “high crimes?” Not a chance.

Does any rational person think that high-level lawmakers and bureaucrats aren’t on the take, receiving kickbacks from billions in foreign aid?

It’s quite stunning, actually, how the mass awakening has accelerated over the last three years as Trump has succeeded as President. In their desperate attempt to destroy Trump, the deep state swamp creatures and corrupt, lawless Democrats have been forced to reveal the truth about their corruption, fraud and malicious abuse of power.

Because of all this, there are many self-evident truths that have now become obvious to the American people. Read from the point of view of the People talking to the political swamp in Washington D.C.:

I’m sure you can think of dozens more, but that short list sums up the highlights.

The bottom line should be crystal clear: The United States federal government is run by illegitimate, corrupt, fraudulent swamp creatures and the very future of freedom for America depends on completely dismantling the very concept of a “government” that rules over the people.

The time has come to end the era of big government. We the People no longer need “representatives” in Washington. We don’t need a United States Senate, packed with treasonous crooks (like McCain or Reid) and foreign aid skimming hucksters. We don’t need the FDA or the CDC, both of which are nothing but fake science marketing departments for Big Pharma. We don’t need the Federal Reserve, a fiat currency counterfeiting operation that steals from all working Americans. And we don’t need the intelligence community, which has morphed into a domestic spying secret police operation that routinely abuses its power to surveil and threaten innocent Americans.

We don’t need government-run health care, government-run food stamps or government-run anything, other than defending the shores, setting standards and using the limited powers of small government to protect the rights of individuals against dangerous corporations such as banks and tech giants. That’s the proper role of government: To protect liberty, not to rule over the people.

Do not surrender an inch to this corrupt, lawless system run by traitors and tyrants. Every Democrat in Washington D.C., without exception, is guilty of treason and should be arrested, charged and treated accordingly. And half the Republicans are guilty of the same crime, by the way.

The entire system is corrupt beyond repair. The deep state swamp cannot investigate itself, yet all the powers of investigation have been concentrated in the hands of the very people who are the most dangerous, corrupt criminals of all.

It’s time to revoke our consent from this criminal government and dismantle it once and for all.

Trump is attempting to do exactly that, but even he is spending America into oblivion with record debt spending. Perhaps he realizes a financial implosion is the only sure way to bring down the whole corrupt system.

There will never be another Trump. Once Trump’s tenure is up, We the People must continue his work of exposing, dismantling and rejecting the criminals, crooks and fraudsters in Washington D.C. The very existence of big government is irreconcilable with personal liberty and prosperity. We can either be free and prosperous, or we can be enslaved and forced into destitution under the rule of big government tyranny.

Watch Brighteon.com to daily videos on liberty and freedom, posted by thousands of different users. Or join Brighteon and post your own.