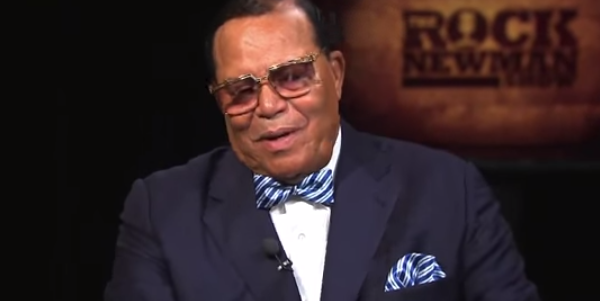 Black supremacists David N. Anderson, 47, and Francine Graham, 5o engaged in the prolonged firefight in Jersey City, N.J., that left six people dead, including one police officer. The violent rampage on Tuesday took place at a kosher supermarket where three Jewish bystanders were killed. The authorities now believe that the store was specifically targeted by the assailants.

Among those killed on Tuesday were three bystanders who were inside the store when the shootout began. They have been identified as Mindel Ferencz, 33, who ran the market with her husband; Moshe Deutsch, 24, a rabbinical student who lived in Brooklyn; and Miguel Douglas Rodriguez, 49, who may have worked at the store. One other person inside the store was wounded but managed to escape, according to Mr. Grewal.

Mr. Anderson repeatedly played audio recordings of a man the neighbor believed to be Louis Farrakhan, and sounded like he himself was growing agitated. He shouted bible verses and then chanted out his interpretations of what they meant.

The neighbor said the most common theme was that Mr. Anderson’s religion was the only true faith while others — specifically Catholicism and Judaism — were false.

He soon heard Ms. Graham join in the chanting and said she sounded “coerced.”

The authorities also suspected that the two assailants may have been involved in a separate killing in neighboring Bayonne, N.J., according to New Jersey’s attorney general, Gurbir S. Grewal.

It’s totally unsurprising that people listen to @LouisFarrakhan and turn to murderous violence.

Now this debunks the myth that he’s a “harmless old man” with “no influence” who “doesn’t incite to violence”.

We know he will never be disowned by the Left’s darlings! Sickos! https://t.co/W4HhIP8F5l