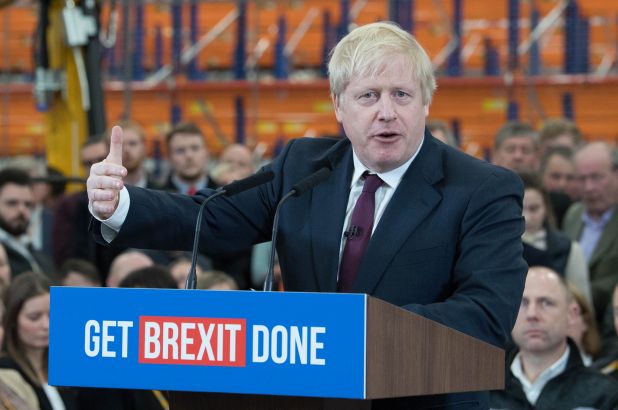 Brexit has its advantages, and one of the biggest advantages to leaving the European Union may eventually be a new trade deal with one of the UK’s oldest allies.

That would be America.

On Friday President Trump sent a congratulatory tweet to Boris Johnson, along with a very enticing proposition.

Congratulations to Boris Johnson on his great WIN! Britain and the United States will now be free to strike a massive new Trade Deal after BREXIT. This deal has the potential to be far bigger and more lucrative than any deal that could be made with the E.U. Celebrate Boris!

World leaders led by Donald Trump have congratulated Boris Johnson on his election victory, with the US president reiterating his belief that Britain and the US would now be free to strike a “massive” trade deal after Brexit.

“Congratulations to Boris Johnson on his great WIN!” Trump tweeted. “This deal has the potential to be far bigger and more lucrative than any deal that could be made with the EU. Celebrate Boris!”

Trump and the British prime minister have stressed the importance of sealing a rapid US-UK free trade agreement as soon as possible after Brexit and the issue of the status of the NHS in any such deal became a significant theme of the election campaign.

Fox Business had this on Friday:

Putting Boris Johnson’s plan for Brexit into action will be a “major” challenge for government due to new customs arrangements for Northern Ireland, according to a leaked document.

The PM has said the UK will fully exit the EU by December 2020 if he wins the election and MPs approve his plan.

But the document says government will struggle to deliver the infrastructure and staffing needed by that deadline.

The PM did not directly comment on the report when asked.

But Mr Johnson instead said his plan was a “great deal” for both Northern Ireland and the rest of the UK, and would “give the country real momentum”.

Work it out Boris, we are overrun with Chinese goods in this country and who knows what they might be sending us.

Get it together Boris and let’s MTUKGA!

OK that needs work, but this certainly seems like a victory for freedom and free trade.

Hopefully things keep progressing toward a mutually prosperous future for both of our countries.