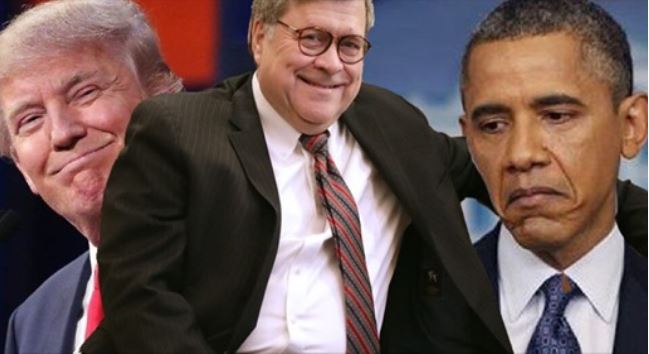 OPINION| Lawrence David| If it seems to you that everything coming out of Washington these days is upside down, it’s because it is. We’re constantly being told to ignore the details and to listen to the narrative engineers because they know better.

We are witnessing the unfolding of an impeachment that is founded on the testimony of two fact witnesses, both of who provided exculpatory evidence on the president’s behalf.

Three weeks of interpretation is expected to convince us that what evidence we have seen isn’t really evidence at all.

The latest spin comes from the recently released IG report on FISA abuse, partly due to limitations on the inspector general’s investigative authority, and mostly due to his willingness to state his conclusion that President Obama knew nothing about the Spygate hoax against Donald Trump rather than properly offering that he couldn’t answer that question due to the aforementioned limitations.

This wasn’t an oversight, deliberate or otherwise, by Horowitz. As the DOJ IG, he had no authority to interview anyone working outside the DOJ/FBI.

But, it did leave his investigation woefully devoid of testimony from many of the most important players (conspirators?). Especially in light of a particular text message from FBI lawyer Lisa Page to the lead Crossfire Hurricane special agent:

Yes, bc [because] POTUS wants to know everything we are doing.”

“I cannot believe that there is an investigation that would take you inside a presidential campaign and four people who were targeted within that campaign and that doesn’t require some kind of supervisory review and initiation beyond simply the inner-reaches of the FBI.”

“That’s Loretta Lynch, who was the attorney general currently serving then — and Sally Yates, who is the deputy attorney general. And [Yates] was actually in the approval process with regard to the first FISA application [on Carter Page].”

While the IG report on FISA abuse is damning in the evidence that is presented, Horowitz’s refusal to raise questions that went beyond his investigative limitations, is the reason that both U.S. Attorney General William Barr and U.S. attorney John Durham immediately took issue with Horowitz’s conclusions.

In addition, both Barr and Durham have interviewed foreign intelligence assets giving them a more fulsome picture of the intelligence community’s actions during Crossfire Hurricane.

Durham also has the power to convene a grand jury and to compel testimony. It’s been reported that he has done both and that he’s acknowledged that his investigation is now criminal in nature.

“The Inspector General’s report now makes clear that the FBI launched an intrusive investigation of a U.S. presidential campaign on the thinnest of suspicions that, in my view, were insufficient to justify the steps taken. It is also clear that, from its inception, the evidence produced by the investigation was consistently exculpatory.”

…Justin case you thought we’d forgotten about you.