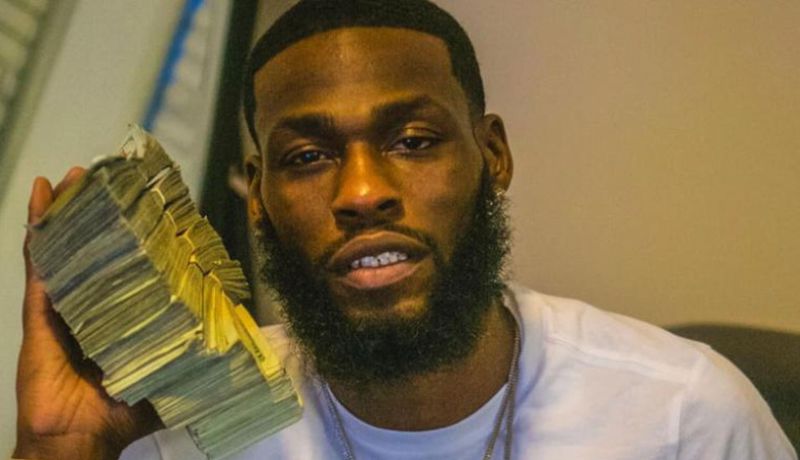 This guy is certainly not the smartest criminal we’ve ever written about but he might be the most colorful.

If you worked for a bank, and stole money would you celebrate it on social media?

Arlando Henderson was arrested by the FBI on Dec. 4 and charged with financial institution fraud and related charges — based off Henderson’s greenback-laden Instagram post.

Henderson, a former bank employee from Charlotte, N.C., was arrested for allegedly stealing more than $88,000 in cash from the bank where he was employed, according to a statement released Friday by the United States Attorney’s Office Western District of North Carolina.

According to the allegations contained in the indictment, which was unsealed earlier this week in federal court, the 29-year-old man had access to the vault at the unnamed financial institution where he worked.

On at least 18 occasions in 2019 he stole cash from deposits made by the bank’s customers from the vault, and then deposited some of it in a nearby ATM.

Authorities say Henderson used the stolen money for his personal expenses and to “to make a large cash down payment on a luxury vehicle,” the statement read.

Henderson also made a $20,000 cash down payment on a 2019 Mercedes-Benz, according to the indictment, and obtained a car loan for the remaining balance from another a different bank, “by providing false information and falsified documents, including falsified bank statements.”

He might have even gotten away with it, weren’t for his wish to tell the world — via social media ― what an accomplished professional he was.

We need to start a site Hall of Fame for this stuff.

I’m sure if I dig through the archives I will find more, but that one was fresh on my mind.

You are one of the first inductees into our Criminal Dumbass Hall of Shame.

Oh here is one more…

Edawn Louis Coughman (football player from story above) can wait for the class of 2020.

Too many black guys are already in our new HOF.

We wouldn’t want to seem politically incorrect or anything.