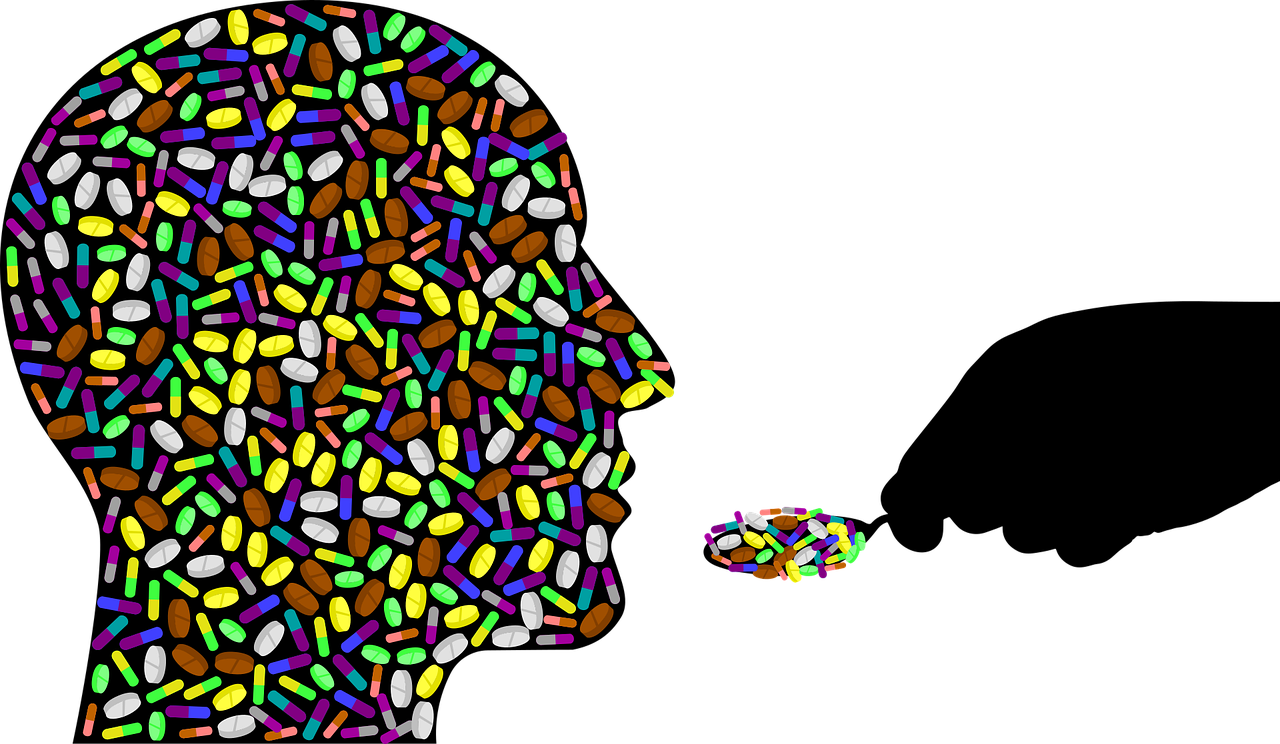 There has never been a time in our history when more Americans have been on drugs.  According to the most recent government numbers, 24.6 million Americans have used an illegal drug within the last 30 days.  Of course the number of Americans taking legal drugs is actually far, far higher.  According to Bloomberg, 46 percent of all Americans have taken at least one legal pharmaceutical drug within the last 30 days.  In most instances, those legal drugs have been prescribed by doctors with the intention of helping people, but sometimes legal drugs are even more addictive than illegal drugs are.  In particular, opioids have destroyed countless American lives over the past decade, and in so many cases those that got addicted originally got them legally.  Today, Americans consume approximately 80 percent of the total global supply of opioids, and it is a major national crisis.  But even if we were able to get rid of all the opioids, we would still be the most drugged up nation on the entire planet.  We have become a nation of addicts, and the self-destructive path that we are on does not have a positive ending.

Whenever I come across a story about a really crazy crime that someone has committed, it almost always involves drugs.  For example, just check out this doozy from West Virginia…

A stripper has been convicted of beheading her boyfriend’s disabled Star Wars-obsessed son after having sex with him. Roena Cheryl Mills, 43, was last Thursday found guilty of the first-degree murder of 29 year-old Bo White at a house in Lerona, West Virginia, in April 2018. Mills – who has the phrase ‘special kinda crazy’ tattooed across her chest – reportedly targeted Bo after having sex with him in return for drugs.

The stronger the addiction, the more desperate addicts become to get their next fix.

One of the first things that you will notice when drugs start taking over an area is that crime goes way up.  Addicts are always looking for a way to fund their lifestyles, and retailers all over the nation are being hit particularly hard right now.

In fact, Home Depot is specifically blaming “the opioid crisis” for the epidemic of theft that they have been witnessing…

The company said organized criminals are stealing millions of dollars’ worth of goods from it and other retailers and storing the merchandise in warehouses. The theft, which retailers call shrink, has gotten so bad that it will narrow Home Depot’s operating profit margins next year, executives said during a meeting with analysts and investors.

“This is happening everywhere in retail,” Chief Executive Officer Craig Menear said. “We think this ties to the opioid crisis, but we’re not positive about that.”

That number is way, way too high, and so many Americans end up as addicts.

There has been an effort to educate the American people about these drugs in recent years, but most of us still don’t realize how incredibly dangerous they can be.

Sadly, the number of Americans dying from opioid overdoses continues to steadily grow…

More than 61,300 people in the U.S. died from drug overdoses in 2017, up from the previous year’s record of 54,800. (See the graphic.) That’s more than the number of Americans who died in the Vietnam War. And it’s happening every year.

Opioids are directly or indirectly responsible for about 70 percent of those overdose deaths.

If you can believe it, the number of Americans dying from drug overdoses has actually more than doubled since 2010.

So many people never would have imagined that their doctors would prescribe them something that is highly addictive and highly dangerous, and once you are hooked it can be exceedingly difficult to escape.

I have mostly focused on opioids so far in this article, but there are so many other classes of drugs that are also a massive problem in the U.S. right now.

In fact, federal officials are telling us that meth “is making a big comeback” in this country…

Meth producers in Mexico are cranking up the speed of production, and the drug is making a big comeback in the U.S.

“Across the country, it’s probably still the largest problem we have in America,” Derek Maltz, former head of the Drug Enforcement Administration’s (DEA) Special Operations Division, told Yahoo Finance. ”The Mexican cartels… they make it at levels that we’ve never seen before. So business is booming, the country’s addicted, and it’s really, really out of control.”

Meth is insanely addictive, and it will literally take over your life once you open the door.

When asked about her multi-year addiction, one opioid addict described it this way…

Erika Haas calls it “the pull.”

When Haas was 24, her doctor prescribed OxyContin for back pain. She quickly progressed to heroin – and then to methamphetamines. Now 30 and in recovery, she described the grip that meth had over her for more than five years.

“It’s like God tells you that if you take another breath, your children will die,” she said, shaking her head and trying to hold back tears. “You do everything you can not to take a breath. But eventually you do. That’s what it’s like. Your brain just screams at you.”

Thanks to decades of border security neglect, the big Mexican drug cartels are able to pump drugs into this country at a staggering rate.

Primarily imported from Mexico by major drug traffickers, “meth 2.0” is stronger, cheaper and far more plentiful than the old home-cooked variety. And with historic levels of funding from the federal government focused exclusively on fighting opioid addiction, states and counties are scrambling to find resources to combat this most recent drug plague.

Law enforcement officials are doing the best that they can to fight back, but without sufficient border security it is often a losing battle.

In South Dakota, they recently came up with a new slogan to show that they are trying to fight back: “Meth. We’re on it.”

A lot of people got a good laugh out of that, but unfortunately that slogan accurately describes what is happening in community after community all across the United States.

The ancient Greeks used the word “pharmakeia” to describe the mystical pull that these sorts of drugs can have on people.  This is a crisis that just seems to get bigger with each passing year, and it is one of the primary causes for the social decay that we see all around us.

Those that have been snared by these drugs need our love and compassion, because they are truly victims of a relentless war against our nation.  So many lives have already been destroyed, and we desperately need our politicians on the national level to start taking this threat a whole lot more seriously.