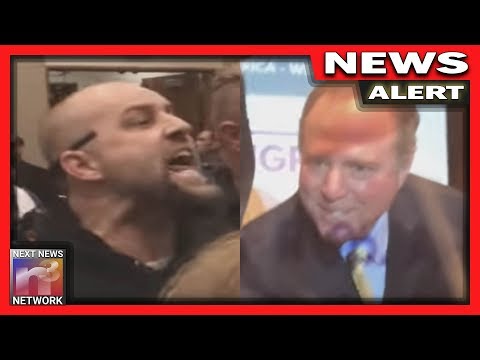 You have to see this!

Of course his constituents are angry.

Wouldn’t you be angry if this was YOUR congressman?

Schiff was at a town hall meeting at the Glendale Central Library put on by the Armenian National Committee of America — Western Region. The event was designed to thank the California Congressman for voting to recognize the Armenian genocide, the Los Angeles Times reported. The House voted overwhelmingly to approve the measure at the end of October by a vote of 405-11.

Multiple people sat in the front of the audience with signs that read “Don’t Impeach.”

In a video, audience members in the back of the crowd yelled “liar!” One man said Schiff would be known for “committing treason,” a clear reference to Schiff spearheading the impeachment of the president.

Those who were Schiff supporters quickly surrounded those who backed President Trump and chanted “Adam! Adam! Adam!”

As Trump supporters tried exiting the venue, they were pushed and shoved and told to “leave” or “get out.” One of the men held up a “re-elect Trump” flag, at which point Schiff supporters attempted to rip the flag out of his hands.

Three local police officers who were at the event helped the Trump supporters exit the venue. According to the Glendale Police Department, the entire scuffle lasted about 15 minutes before the program continued and no one sustained injuries.

Following the event, Schiff’s office released a statement about what took place.

It never ceases to amaze me that people get arrested and/or escorted away by police for simply using their first amendment right to free speech.

I’d much rather see candidates debate their detractors than use security or police to haul them away.

California’s favorite clown needs to be gone from congress. 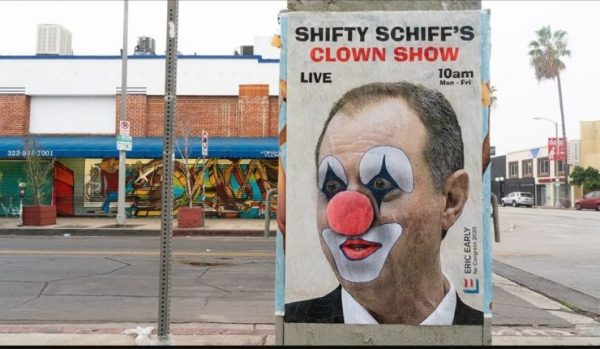 I can go lower.

Adam Schiff is a joke for a congressman and Californians in his district will be the target of many jokes as well if they re-elect this clown.

They say you can’t fix stupid, but you can refuse to re-elect him.