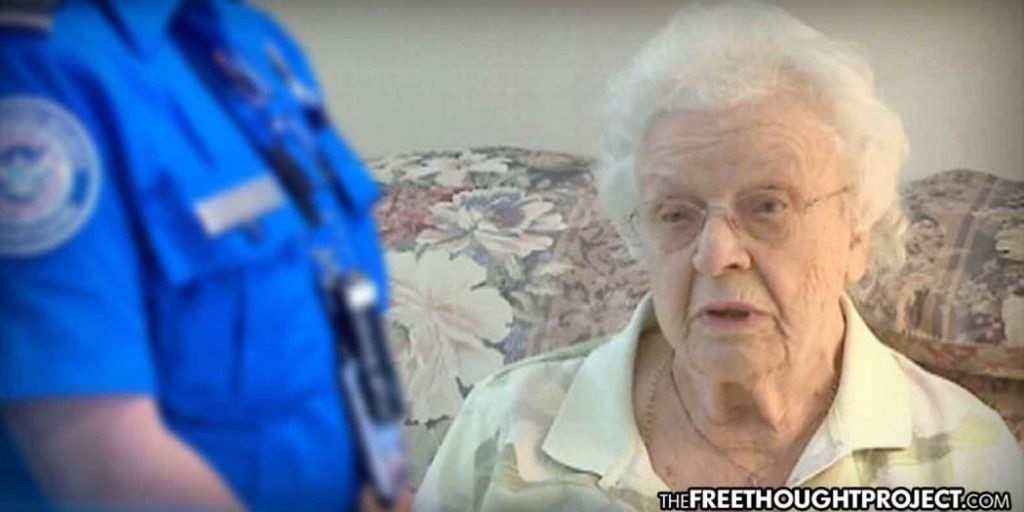 PHILADELPHIA, Pa. — (TRI) The Rutherford Institute has come to the aid of an elderly Delaware woman who has alleged that Transportation Security Administration (TSA) screeners groped her upper and lower body, including feeling inside the waistband of her pants, during a security screening at Philadelphia’s International Airport (PHL) earlier this year.

In a request under Pennsylvania’s Right to Know Law, Rutherford Institute attorneys have demanded copies of any video surveillance footage of the incident, which if confirmed, could support a Fourth Amendment-style lawsuit under a recent federal court ruling authorizing citizens to sue for tortuous conduct committed by TSA agents.

Institute attorneys point to numerous incidents in which poorly trained TSA agents have subjected elderly travelers to inappropriate touching, excessive searches and aggressive pat downs. For example, TSA employees reportedly ordered a 95-year-old leukemia patient in a wheelchair to remove her adult diaper so that agents could search her. Ninety-year-old Marian Peterson, also confined to a wheelchair, was pulled out of line for a random security check and according to her son, Joe, TSA agents “groped her. All of her body: her crotch, her breasts and everything else.”

“The federal government is essentially telling Americans that they must meekly allow themselves and their family members to be groped, ogled, robbed of their belongings, and stripped of their rights by TSA agents in order to travel on a plane,” said constitutional attorney John W. Whitehead, president of The Rutherford Institute and author of Battlefield America: The War on the American People. “Mind you, these are the same TSA agents who have become infamous for stealing large sums of money from passengers’ luggage, inappropriately patting down children, and traumatizing the elderly and handicapped.”

On September 6, 2019, an elderly Delaware woman now represented by The Rutherford Institute went to Philadelphia’s International Airport (PHL) with two other family members in order to board a flight to Florida. The woman, who is mobility challenged, was given a wheelchair and wheeled to the TSA screening area by a PHL customer service representative.

The elderly traveler alleges that suddenly, without warning or explanation and without offering to take her to a private screening area, the female TSA agent began groping the woman’s breasts with the inside of her hands (not the back of the hands as mandated by TSA screening protocols).

The woman asserts the agent groped her in this manner twice. The woman further alleges that the agent inappropriately examined her crotch, buttocks and inside the waistband of the pants she was wearing. She was given no explanation for the TSA’s actions and was merely ordered to “Leave now” when the screening was completed.

In light of a 2019 federal appeals court ruling that the government may be sued under the Federal Torts Claim Act for abusive actions by TSA agents, Rutherford Institute attorneys have asked the TSA for surveillance video of the incident in order to determine the elderly woman’s legal claims. However, the Trump Administration has indicated it will seek to challenge the lower court ruling providing citizens with an avenue for legal redress over misconduct by TSA agents.

This article was sourced from The Free Thought Project.

Image caption: Ninety-year-old Marian Peterson, also confined to a wheelchair, was pulled out of line for a random security check and according to her son, Joe, TSA agents “groped her. All of her body: her crotch, her breasts and everything else.”