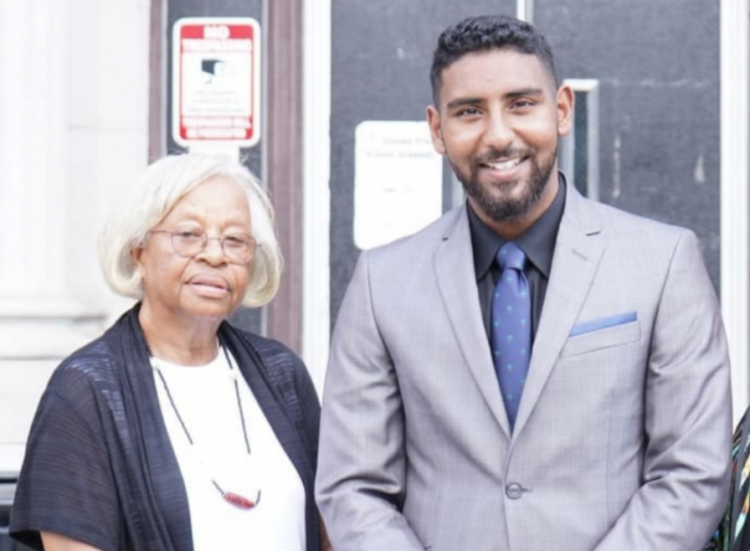 We’ve had people hounded out of public life for a whole lot less than defending a racist mass shooting. But I predict that little will happen to Joan Terrell-Paige.

I wouldn’t be terribly surprised if she hangs on to her position after posting a racist rant on Facebook which defended the murder of Jews in Jersey City.

Joan Terrell-Paige was a community organizer, a longtime New Jersey state employee, a council aide, and was elected to the Jersey City Board of Education on the Education Matters slate alongside Mussab Ali and Marilyn Roman.

The Education Matters slate was backed by the Jersey City Education Association which is the teachers’ union.

And then in response to a high school principal sharing a column titled, “Faith and Hope to Fight Hate”, Terrell went off on a Facebook rant accusing Jews of various things, including claiming that Rabbis were “selling body parts”.

Then she concluded with, “Drugs and guns are planted in the Black community. Mr. Anderson and Ms. Graham went directly to the kosher supermarket. I believe they knew they would come out in body bags. What is the message they were sending? Are we brave enough to explore the answer to their message? Are we brave enough to stop the assault on the Black communities of America?”

This rant celebrates the anti-Semitic killers and could easily be interpreted as calling for more attacks.

Elected officials have been forced out for merely expressing politically incorrect views. Not for defending racist murders. Meanwhile Democrats keep insisting that their party doesn’t have an anti-Semitism problem

Update: The statewide and local JCEAs have to their credit condemned them and called on her to resign. We’ll see what happens next.

“I have read the comments by Jersey City Board of Education member Joan Terrell and I am deeply dismayed.  There is no place for that sort of hateful, divisive rhetoric in our schools or our Jersey City community. I call on her to resign, and I call on the Jersey City Board of Education to recommit to ensuring that every student and every staff member in our schools has a safe, welcoming environment. JCEA members work every day to build that environment, and we need the full support of a board of education that shares those values. I am calling for tolerance and an open dialogue as the city continues to mourn the tragic events of a week ago. Emotions are high and the city needs to come together in times like this, not be further divided. Jersey City has always been a welcoming place for everyone and should continue to be a beacon for the nation in these divided times. I am personally inviting leaders of the African American and Jewish communities to sit down for a meeting at the JCEA as soon as possible to sit in solidarity and discuss how we can move forward, together.”

“I am appalled by the comments made by Joan Terrell. I stand with our members in Jersey City and join with the JCEA in demanding that she resign from the Jersey City Board of Education. Jersey City needs a board of education that is committed to every student and every resident of the community. That is more true than ever as the community works to heal and unite in the aftermath of the awful recent violence.”